Home World Cause of death released after 2 teens found dead in car outside... 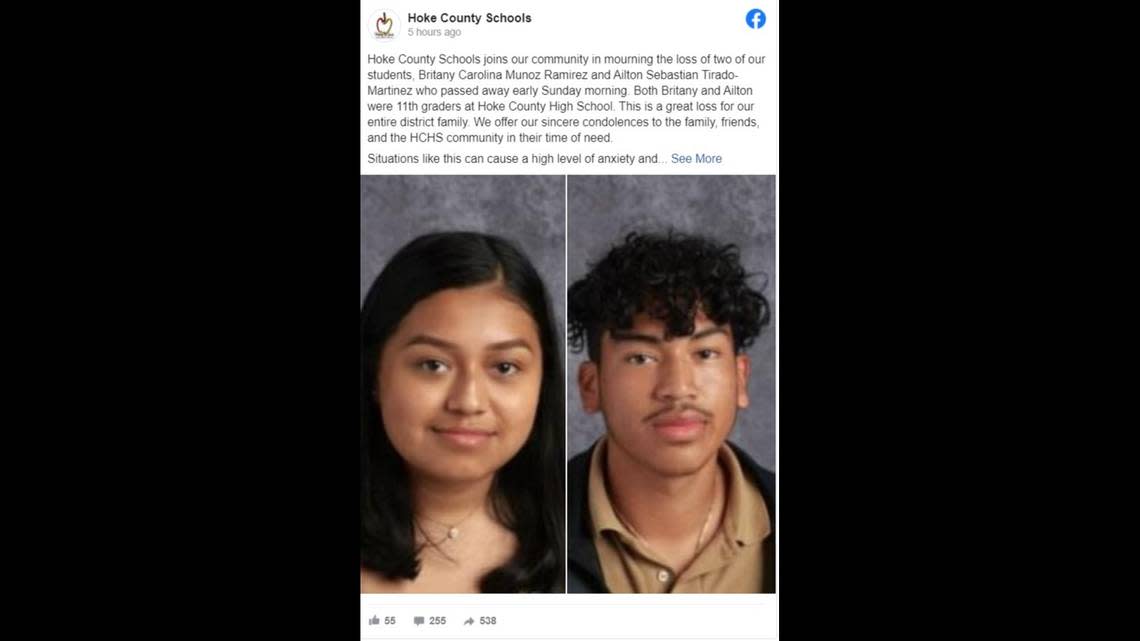 “Dealing with this tragedy is going to take time, and we will be here for every student, every family, and every staff member and will continue to provide the support needed,” Hoke Couty Schools Superintendent Debra Dowless said in a statement at the time.

The autopsy, released last week, showed neither Ramirez or Tirado-Martinez had underlying health conditions or a history of drug abuse, WNCN reported. The teens had attended a friend’s party earlier that evening and were heading home.

McClatchy News reached out to the state’s Office of the Chief Medical Examiner on Friday, Nov. 19, and is awaiting a response.

The sheriff’s office previously said the teen’s deaths appeared accidental and that they didn’t believe foul play was involved.

A memorial service was held for both teens on Oct. 30, according to obituaries posted online.

Raeford is about 90 miles southwest of Raleigh.