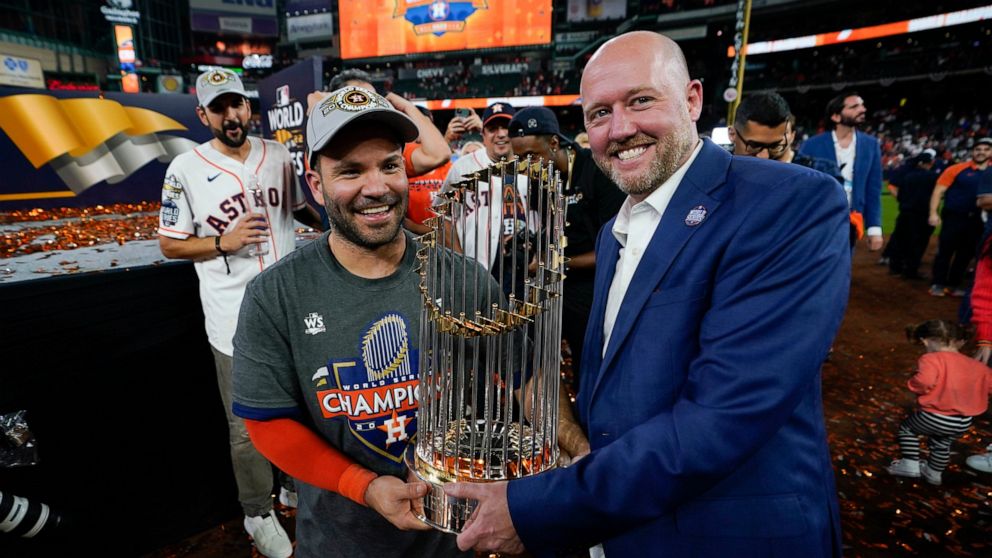 HOUSTON — Astros general manager James Click will not be given a new contract, a highly unusual move that the team announced Friday — just six days after Houston won the World Series.

Click was hired from the Tampa Bay Rays before the 2020 season and appeared increasingly distant from owner Jim Crane. The 44-year-old Click did not immediately respond to a request for comment.

Click said Tuesday at the general managers meetings in Las Vegas that his contract expired Oct. 31 and the situation had not been addressed. He also said that he was given little advance notice of Wednesday’s news conference, where the Astros announced that manager Dusty Baker was coming back on a one-year contract.

Crane was asked about Click’s status multiple times Wednesday and said the two were in discussions. Crane also was asked how he would evaluate the job Click had done since taking over after Jeff Luhnow was fired in the wake of the team’s sign-stealing scandal.

“We’re going over that,” Crane said. “But I think James has done a good job. He stepped in and made some good moves. We’ll sit down and see where we’re going to end up with James.”

After that, Crane was asked if he thought the organization was better off now with Click at the helm: “I’ve run a lot of businesses. This one is no different. I’m never satisfied. If I was satisfied maybe we wouldn’t be where we are. But I press everybody to get better from top to bottom … so I’m always looking to improve and I can improve, the people on my team can improve and the players can improve. So the standard is there for everyone.”