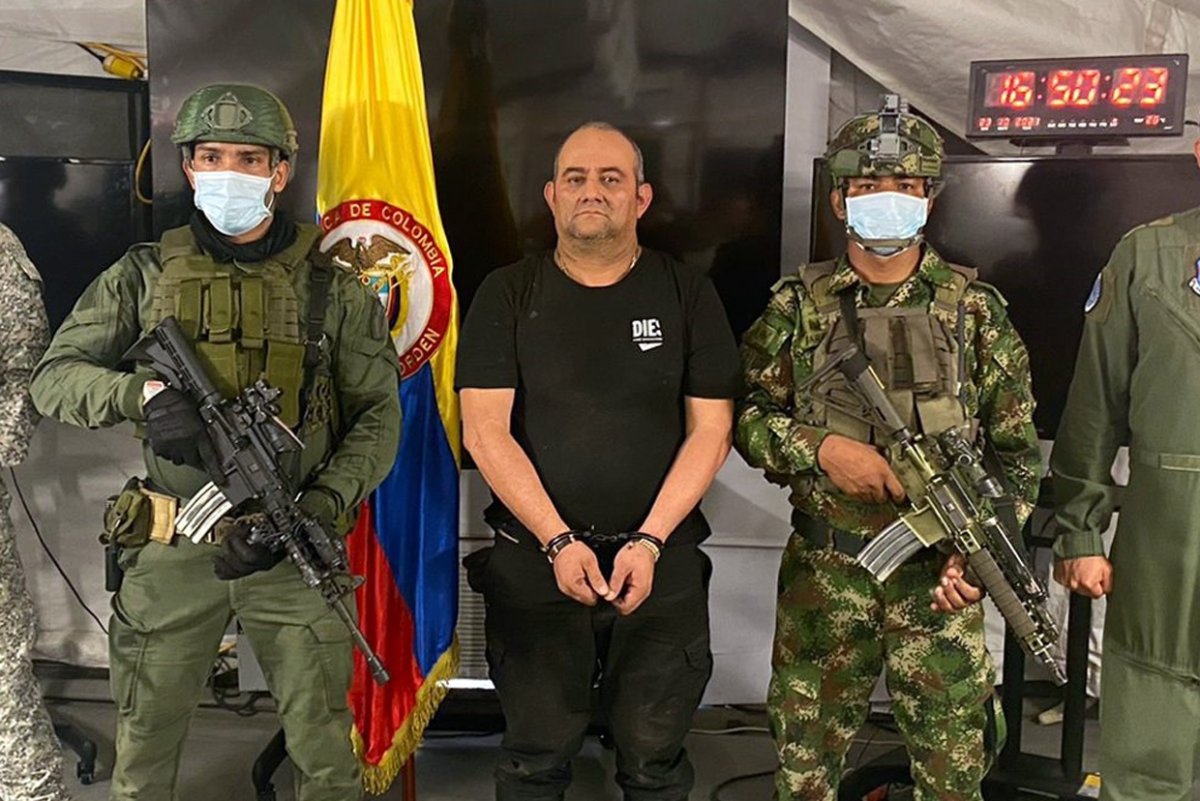 Dairo Antonio Usaga, known widely by his alias Otoniel, was considered one of Colombia’s most wanted men for his role at the top of the drug trafficking group Clan del Golfo, or Gulf Clan.

“Otoniel was the most feared drug trafficker in the world, killer of police, of soldiers of social leaders and recruiter of children,” Duque said during a video address Saturday in which he added the capture was “only comparable to the fall of Pablo Escobar” the Colombian drug lord who was killed by Colombian National Police in 1993.

A 34-year-old police officer died in the operation to capture the 50-year-old Usaga, the National police said.

Usaga, a former left-wing guerilla and paramilitary fighter, was accused of trafficking cocaine into the United States, killing police officers, recruiting minors into the cartel and sexually abusing children.

The U.S. State Department had offered up to $5 million for information leading to the capture or conviction of Usaga, describing the Gulf Clan as a “heavily armed and extremely violent” cartel.

It said the cartel is made up of members of terrorist groups that refused to demobilize following Colombia’s peace and justice process and uses violence and intimidation to control drug trafficking routes, cocaine-processing laboratories and clandestine airstrips.