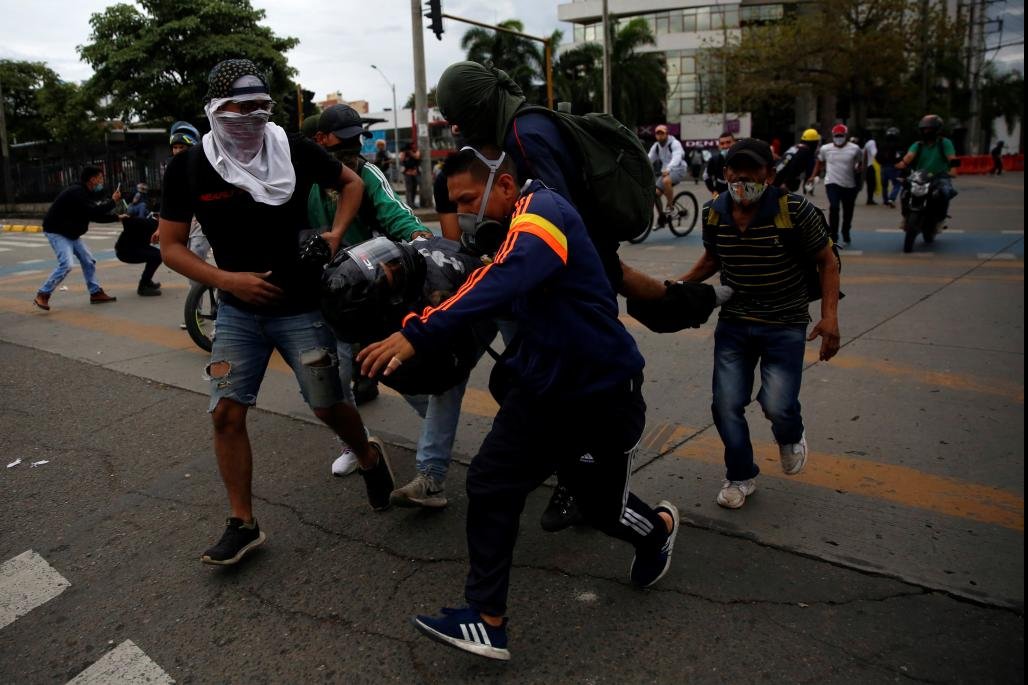 May 29 (UPI) — Colombian President Iván Duque said he is sending the military to the city of Cali to respond to anti-poverty demonstrations, which have entered their second month.

On Friday at least five people died in Cali, the city that has become the focus of demonstrations, the BBC reported.

Earlier this week the New York Times reported that 44 people total have died in protests over the past month.

The government and demonstrators began negotiating two weeks ago, but talks have stalled.

In the wealthy southern sections of Cali, the city that has become the focus of demonstrations, gunmen in civilian clothing joined police to fire at protesters, in view of police who did little to intervene, The Guardian reported.

In another neighborhood, an off-duty agent of the attorney general fired on a crowd, killing two demonstrators before he himself was killed.

Protests began April 28 in response to an unpopular tax increase.

That measure reform has since been canceled but unrest has continued as protesters continue to demonstrate against economic disparities in the country.