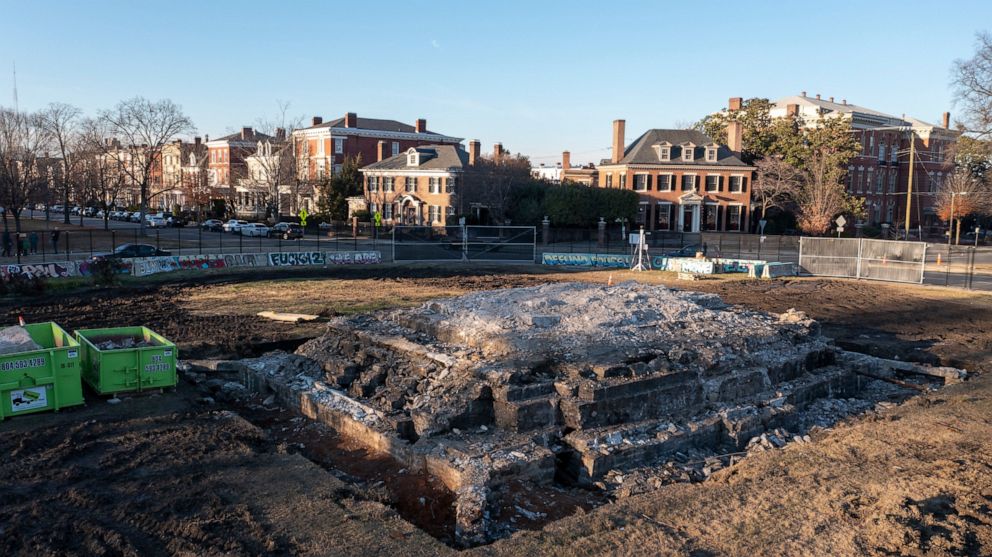 RICHMOND, Va. — Virginia and Richmond officials on Thursday announced a tentative agreement to transfer ownership of the city’s now mostly removed Confederate monuments to the Black History Museum and Cultural Center of Virginia.

Included in the transfer would be an enormous statue of Gen. Robert E. Lee that was removed earlier this year, as well as the 40-foot-tall (12-meter-tall) pedestal that held it. Pedestal removal work at the site is still underway.

Under the plan announced by Gov. Ralph Northam and Richmond Mayor Levar Stoney, the Black History Museum would work with The Valentine museum of Richmond and the local community to determine the memorials’ fates.

The deal requires the City Council’s approval, which Stoney said he would seek next month. The arrangement would enable the community to take a deliberate approach in its reckoning with such divisive symbols, Stoney said in a statement.

“Entrusting the future of these monuments and pedestals to two of our most respected institutions is the right thing to do,” Stoney said.

Stoney directed the removal of the city’s Confederate monuments last summer amid the protest movement that erupted after the police killing of George Floyd.

The statues have been in storage since then, at least part of that time at the city’s wastewater plant. Not all of the pedestals have been removed.

Around the same time the city’s statues were removed, Northam announced plans to remove the Lee statue, which was located on state property. But litigation tied up his plans until earlier this year.

The statue was removed in September, and work to take down the enormous pedestal began earlier this month.