Home World COVID isn’t the sickness keeping Aaron Rodgers off the field with the... 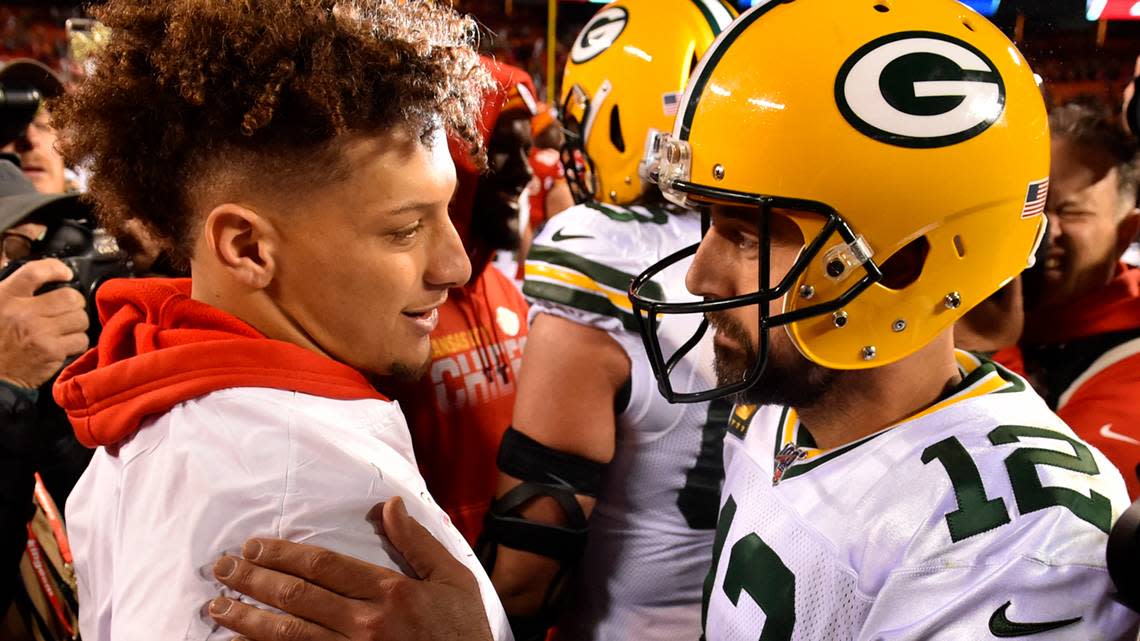 Aaron Rodgers continues to blame everyone but himself for keeping him from being able to play against the Chiefs on Sunday. Green Bay’s star quarterback has blamed the media for failing to see that he was intentionally misleading the public when he said he was “immunized” against COVID-19. (Next time, we’ll know not to believe you.) And now the poor thing wants us to see him as yet another woebegone victim of a “woke mob” eager to put “my final nail … in my cancel culture casket.”

What fans want isn’t “wokeness,” but honesty, respect and maybe even a little sense of responsibility to teammates — and any kids who might have been so mistaken as to look up to him.

There’s nothing “woke” about thinking that someone in Rodgers’ line of work really ought to know that being part of a team involves trying to keep others with whom he’s traveling and playing nose-to-nose as safe as possible.

He’s as free as any other American to share his political views; we do not agree with Laura Ingraham’s attempt to put down LeBron James by saying that he and all other athletes should “keep the political comments to yourselves. … Shut up and dribble.”

But he knew he wasn’t being square with the public. And now he isn’t even big enough to own the consequences of his dissembling — and of choosing not to get vaccinated. As a result of that choice, he’s now quarantined with COVID-19.

It’s a shame that such an elite athlete — whose career is based entirely on his bodily health and well-being — would fall for the superstitious, anti-scientific woo-woo that sidelined him.

Instead of getting a safe and effective vaccine — the J&J fits that bill, if he’s really allergic to ingredients in the Pfizer and Moderna options — he took a homeopathic treatment that didn’t work.

Nor does he seem to have learned a thing since testing positive. On Friday, he said on former NFL punter and pro wrestler Pat McAfee’s talk show. “I consulted with a now-good friend of mine, Joe Rogan,” after being diagnosed, “and I’ve been doing a lot of the stuff that he recommended in his podcasts.”

But Rogan also lends his huge platform to conspiracy theories and even hate speech. Under the guise of “just asking questions,” he has let HIV denialists and leading alt-right figures such as Milo Yiannopoulos, Gavin McInnes and InfoWars’ Alex Jones spread their harmful messages to his huge audience, often unchallenged.

And Rogan is, of course, a loud skeptic of the scientific consensus on COVID-19. After months of telling his many listeners under the age of 21 not to get vaccinated and downplaying the severity of the disease, he contracted COVID a few weeks ago — and then went on to “treat” himself in ways that real scientists say don’t work, including antibiotics and the anti-parasite drug ivermectin.

Ivermectin is on Rodgers’ meds list, too, along with hydroxychloroquine. How can a top-tier athlete who spends hours poring over tape and working hard to fine-tune his physique with the best trainers, physical therapists and nutritionists turn his back on actual science while the world fights a scourge that’s killed more than 5 million worldwide?

Rodgers is far from the only top athlete to dive deep into pseudoscience. Colorful stripes of “kinesiology tape” — strips of elastic cotton cloth — have become a common sight on NBA guards’ shoulders and Olympic sprinters’ calves. World-class tennis players post about their deep-freeze cryotherapy treatments on Instagram. Tom Brady, the GOAT himself, has a second career touting his unconventional “TB12 Method” training and lifestyle plan — complete with an online store selling supplements, resistance bands and apparel — as the secret to top performance.

Kansas City can be proud that its team reports a high COVID vaccination rate among players, who have been sending the right message to fans. And Rodgers’ failure to be there for his team reinforces that message.

I moved from Los Angeles to a remote island in Alaska with my kids. I never realized what I was missing.