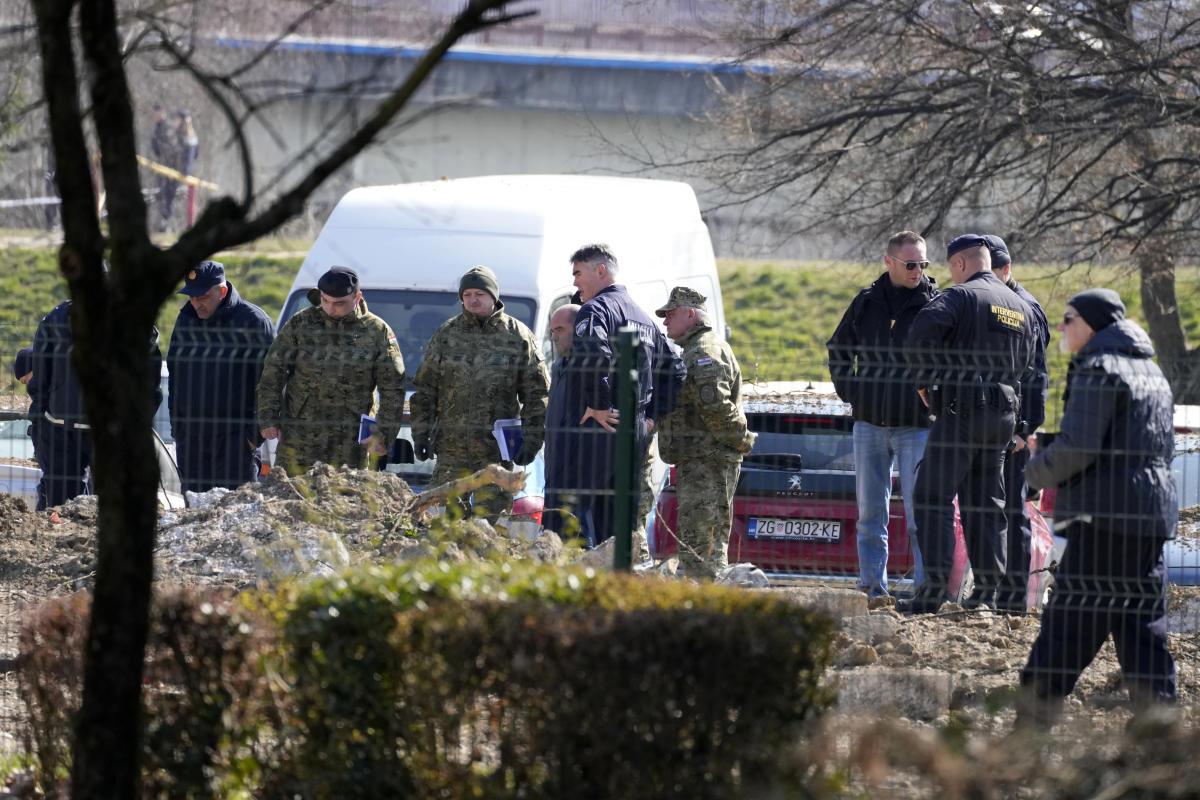 ZAGREB, Croatia (AP) — Croatian officials criticized NATO on Saturday for what they said was its slow reaction to a military drone that apparently flew all the way from the Ukrainian war zone over several NATO member states, before crashing in an urban zone of the Croatian capital.

The Russian-made unmanned aircraft crossed Romania and Hungary before entering Croatia and slamming late Thursday into a field near a student dormitory. Some 40 parked cars were damaged but no one was injured after a loud blast.

NATO said the alliance’s integrated air and missile defense had tracked the object’s flight path. But the Croatian prime minister said the country’s authorities were not informed and that NATO reacted only after question were posed by journalists.

“We cannot tolerate this situation, nor should it have ever happened,” Prime Minister Andrej Plenkovic said while visiting the crash site.

“This was a pure and clear threat and both NATO and the EU should have reacted,” he said. “We will work to raise the readiness not only of us but of others as well. ”

Plenkovic said a Soviet-era Tu-141 “Strizh” reconnaissance drone flew for over 40 minutes over Hungary and six to seven minutes over Croatia before crashing. Earlier, the Romanian defense authorities said the flying object was in Romania’s airspace for only three minutes after crossing from Ukraine, making it hard to intercept.

Plenkovic called on the Hungarian authorities to launch an investigation into why its defenses apparently did not notice the unmanned drone as both Croatia and Romania had little time to react to the fast-moving object.

“Fortunately, something much worse did not happen,” Plenkovic said, adding that Hungarian Prime Minister Viktor Orban “found out about this after me.”

“This could have fallen on the nuclear power plant in Hungary. Obviously there was no good reaction and other countries did not react well. Now we have a test from which we have to learn and react much better,” he said.

He said that only an air crash investigation can determine who launched the drone — the Russians or the Ukrainians — after the object is pulled out of a large crater created after impact.

Both Russia and Ukraine have denied they launched the drone.

Military experts say Ukraine is the only known current operator of the Tu-141, which has a wingspan of nearly 4 meters (12 feet) and weighs just over 6 tons.