Home World Democrats now control Congress. What should they do first? 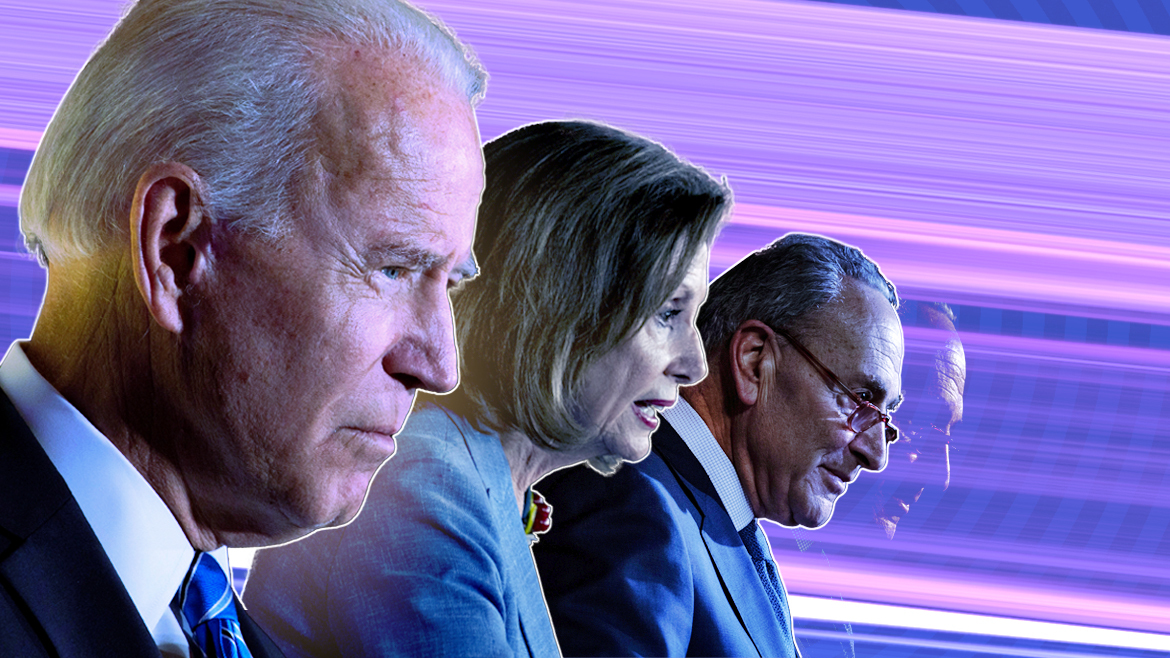 President Joe Biden enters office with one of the most ambitious policy agendas of any modern president. He can accomplish many of these goals through executive orders, but his most transformative proposals — on everything from health care to climate change to education — will need to be approved by Congress.

Fortunately for Biden, Democrats hold majorities in both the House of Representatives and the Senate. But recent history shows that unified control doesn’t mean Congress will swiftly rubber-stamp everything on the president’s to-do list.

Democrats had strong majorities in both houses during the first two years of Barack Obama’s presidency. During that period, Congress passed the Affordable Care Act, a major stimulus package and a financial reform bill. But each of those accomplishments ate up precious time. After Republicans took back the House in 2010, Obama’s legislative agenda ground to a halt. Things went similarly for Republicans under Donald Trump, who were able to pass only one major piece of legislation — the Tax Cuts and Jobs Act — before losing control of the House in 2018.

The new Democratic Congress faces unique challenges that could hinder its ability to pass major legislation. The 50-50 partisan split in the Senate gives Democrats no room for error in crafting bills. Trump’s upcoming impeachment trial will take up room on the Senate calendar in the short term. The need to address the coronavirus pandemic will also eat up time and political capital. In light of these limitations, Democrats’ choice of which legislative goal to prioritize carries a heavy weight.

Many Democrats argue that the new Congress must make another coronavirus stimulus package along the lines of Biden’s $1.9 trillion proposal its top priority. Any delay in passing more economic relief, they argue, could cost lives and undermine an economic recovery.

Others argue that the most urgent task for Democrats is to pass a voting rights package that would help protect American democracy. The forces that threatened the stability of the U.S. political system in the waning weeks of the Trump administration may pose an even greater long-term risk to the nation than the pandemic, they say. Along the same lines, some make the case that Congress should take the opportunity to pass sweeping environmental reforms to address the existential threat of climate change.

Another group has encouraged Democrats to seek out opportunities to find compromise with their Republican colleagues in their early days in power. Doing so would help calm the partisan rancor and show the country that Washington can get things done for the American people, they argue. A program to revitalize America’s infrastructure or an immigration reform bill may be the most promising options for bipartisan agreement, some say.

The congressional schedule will be jam-packed in the short term, as the Senate tackles impeachment, confirmation hearings and any other legislative goals they wish to pursue. Democratic leaders in the Senate are expected to introduce a voting rights bill in the coming days, but it’s unclear whether the proposal will have enough support to overcome a Republican filibuster.

A comprehensive pandemic relief package must be the top priority

“There is an opportunity not only for additional, immediate relief but also bigger and longer-term fixes that could make this busted safety-net program one day function properly. The Democrats’ first priority must be addressing the immediate crisis.” — Catherine Rampell, Washington Post

Defending democracy should take precedence over all other concerns

“The most important priority right now has to be to restore faith in the fairness of the American system of democracy. The good news for the Democrats is that making the system fairer is not only good policy — but it’s also good politics.” — Lee Drutman, NBC News

Democrats should focus on bipartisan deals in the early days

“Given the minuscule margin of error, Biden must choose policies that advance his campaign promise of ‘Build Back Better’ wisely to garner bipartisan Senate support, appeal to House progressives and line up more wins for the 2022 midterms.” — Jeff Le, Miami Herald

“[Biden] rightly has made a priority of treating people coming to the United States with policies that are both pragmatic and humane — a sharp contrast to Trump’s hostile, divisive and counterproductive agenda.” — Editorial, San Francisco Chronicle

No more time can be wasted waiting for environmental reforms

“The past four years have seen the U.S. ignore [climate] issues and even, with policy after policy, deliberately set things back. Biden has promised to end this scandal and put climate change where it belongs, at the center of American government. It can’t happen too soon.” — Editorial, Bloomberg

“Infrastructure week has become a running joke on social media, yet there are few issues that have as much cross-party support as upgrading America’s aging infrastructure.” — Michael J. Hicks, CNN

Struggling families are in desperate need of housing assistance

“It is absolutely critical that the next Congress, working with a new Biden administration, get serious about dedicating enough funding to help these Americans who are struggling to pay their rent and utilities. If we forsake these families, many will descend into homelessness and become an even greater financial burden on our social safety net. But worse, is the cost of human suffering and the trauma for children who are now homeless.” — Mark Wolfe, The Hill

“Once Trump is no longer protected by the presidency, he’s going to look a lot less formidable than he does today and the Republican political calculus will be different. Take the time to get the Biden administration off to a good start. Confirm nominees. Begin considering legislation. Get on with the business of actually governing. For the first time in four years, the problem of Donald Trump can wait.” — Chris Truax, USA Today

Washington, D.C., should be made a state immediately

Activists call for boycott of Mitsubishi amid ‘comfort women’ uproar

Girl dies after being caned during ‘exorcism’