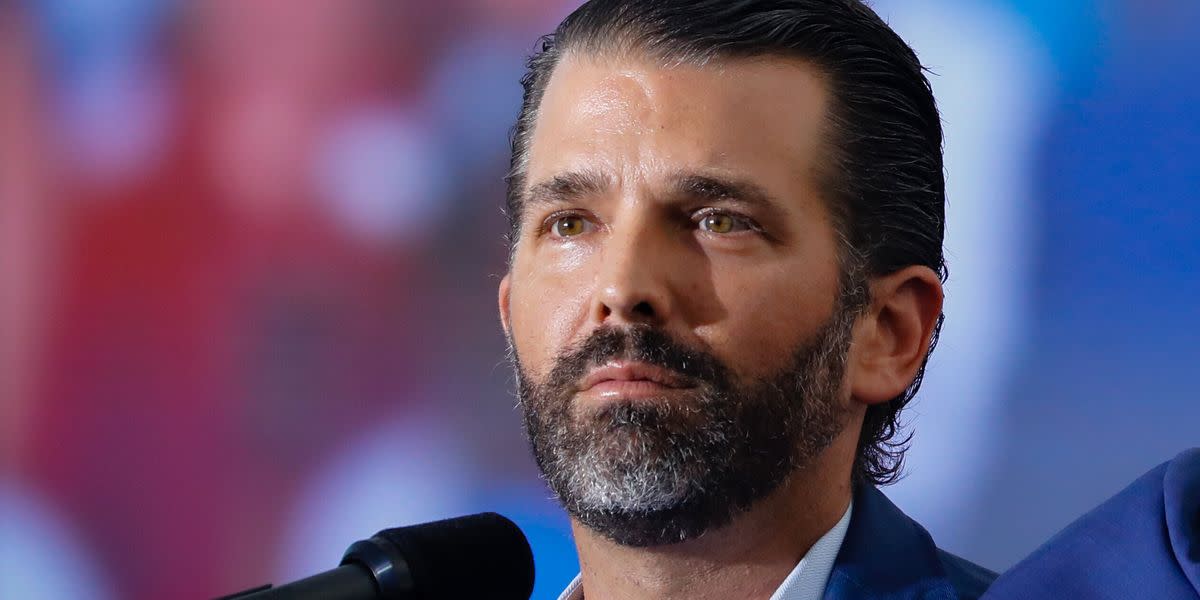 The ex-president’s pay-per-view gig ― which costs viewers $49.99 ― has drawn fierce criticism from both sides of the aisle, given how it falls on the same day as the 20th anniversary of the Sept. 11 terrorist attacks.

In a video that Trump Jr. shared to Twitter on Friday, he said he’d definitely be asking his father about aliens when they’re in the commentary booth and urged people to send him other ideas for what to talk about.

“Is he going to advise the dude who gets knocked out to call the fight rigged?” cracked one Twitter user, referencing the former president’s penchant for pushing lies about the 2020 election.

“Will he attempt to rewrite history and tell us all about his bravery on 9/11 before or during the fight?” added another, a dig at Trump’s fanciful recollections of the attacks.