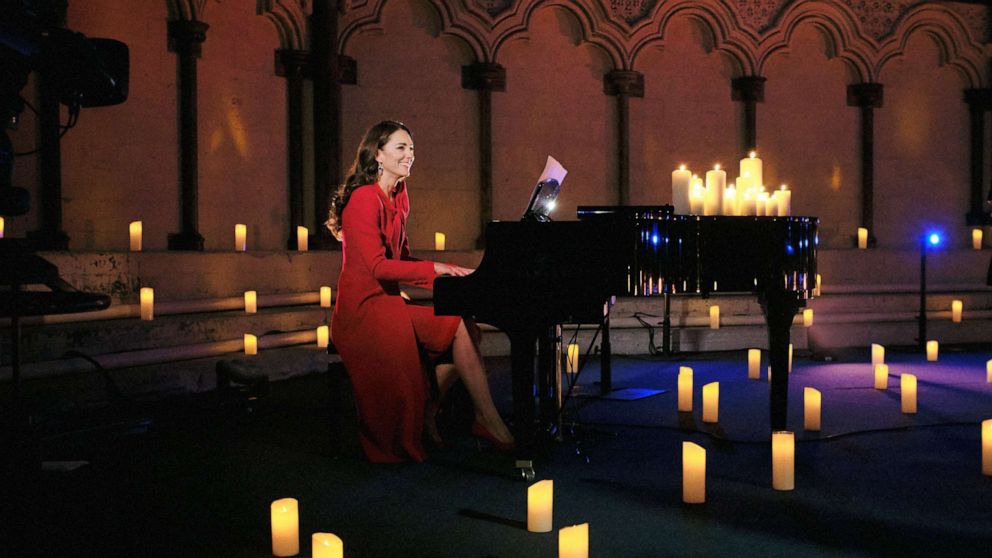 The duchess joined singer Tom Walker for a special performance.

Duchess Kate surprised royal-watchers by showing off her piano skills at a Christmas concert Friday.

The Duchess of Cambridge joined Tom Walker for a performance of “For Those Who Can’t Be Here” during the concert, “Together at Christmas,” which was televised in the U.K. The duet was recorded at Westminster Abbey on Thursday, according to Town and Country magazine.

“I thought she absolutely smashed the performance; it’s not easy to just jump behind a piano with a bunch of musicians you’ve never played with before and record live takes to camera, but she completely nailed it,” Walker told the magazine. “It was a crazy pinch yourself kind of day for me, to be in such a beautiful venue playing alongside the duchess with my band and a string quartet. I certainly won’t forget that in a hurry! My mum had a total freak out when she saw it on the telly.”

Kate, 39, organized the concert, which also featured performances by Leona Lewis and Ellie Goulding, to show her gratitude to community leaders in the U.K. She added in her introduction that she also wanted to “recognize those whose struggles perhaps have been less visible, too.”

“We’ve been through such a bleak time. We’ve seen so many challenges, we’ve lost our loved ones. We’ve seen our front-line workers under immense pressure. And, also, we’ve been more emotionally, and socially, distanced and isolated from each other,” she said. “But I suppose through that separation we’ve also realized how much we need each other and how acts of kindness and love can really bring us comfort and relief in times of distress.”