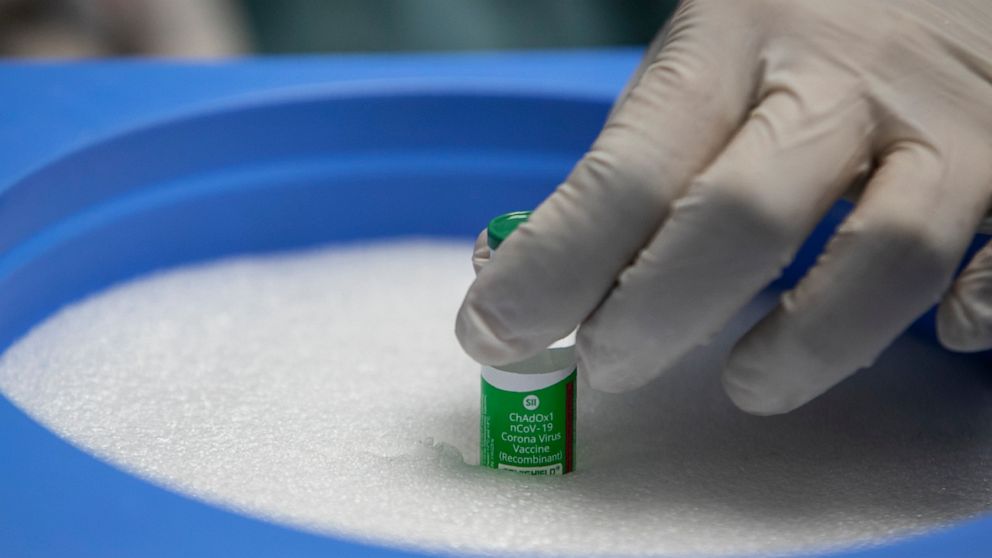 BRUSSELS — AstraZeneca says it has not pulled out of vaccine talks with the European Union and plans to meet with EU officials later Wednesday in Brussels.

The comments came after EU officials said earlier that the company had pulled out of the meeting to discuss delayed vaccine commitments to the 27-nation bloc. The talks were slated to be the third in in as many days.

The public dispute between AstraZeneca and the EU has raised concerns about vaccine nationalism, as countries desperate to end the pandemic and return to normalcy jockey to make sure to obtain as many of the precious vaccine shots as possible.

BRUSSELS (AP) — AstraZeneca has pulled out of meeting with the European Union to discuss delayed vaccine commitments to the bloc, an EU official said.

The official, who asked not to be identified because of the sensitivity of the talks, said the EU would “insist on them” coming back to the negotiating table to explain the delay in deliveries once the Oxford-AstraZeneca vaccine gets approved for use by the European Medicines Agency. The EU’s drug regulator was scheduled to hold on meeting on approving the vaccine on Friday.

Wednesday’s talks with the EU Commission and member states were slated to be the third in as many days, as an ever angrier EU is demanding an explanation about the delays.

AstraZeneca said in a statement that they “understand and share in the frustration that initial supply volumes of our vaccine delivered to the European Union will be lower than forecast.”

It did not address the issue of the planned meeting with the EU’s steering board, which brings together experts from the executive Commission, the member states, and in this case, hopefully AstraZeneca.

On Monday, the EU threatened to impose tight export controls within days on COVID-19 vaccines made in the bloc.

The EU, which has 450 million citizens and the economic and political clout of the world’s biggest trading bloc, is lagging badly behind countries like Israel and Britain in rolling out coronavirus vaccine shots for its health care workers and most vulnerable people. That’s despite having over 400,000 confirmed virus deaths since the pandemic began.

The shortfall of planned deliveries of the AstraZeneca vaccine combined with hiccups in the distribution of Pfizer-BioNTech shots as that company upgrades production facilities at a plant in Belgium is putting EU nations under heavy political pressure.

They were stopped for speeding in the Keys. Then police smelled something fishy