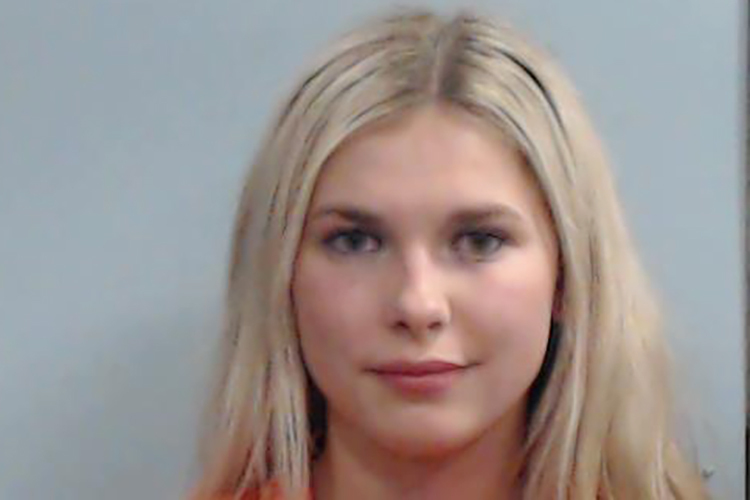 LEXINGTON, Ky. (AP) — A white University of Kentucky student accused of physically assaulting a Black student worker while repeatedly using racial slurs has been permanently banned from the school.

Sophia Rosing is no longer a student at the university following the incident Sunday and will not be allowed to reenroll, university President Eli Capilouto said in a message to the UK community Wednesday. The school’s investigation continues.

Rosing had been set to graduate in May. She will seek help for the issues she has, her attorney, Fred Peters, said Tuesday.

Campus police charged Rosing with first and second offenses of alcohol intoxication in a public place, third-degree assault of a police officer, fourth-degree assault and second-degree disorderly conduct, according to an arrest report.

Rosing pleaded not guilty to the charges Monday afternoon and bonded out of jail later in the day.

“She’s very humiliated and embarrassed and remorseful,” Peters said of his client.

Capilouto said in his message that “this behavior was disgusting and devastating to our community.”

“We stand by our students who were targeted by this unacceptable hostility and violence,” he said.

Rosing was suspended on an interim basis within hours after university officials learned of the incident. The suspension banned her from campus during the investigation, Capilouto said.

The altercation at Boyd Hall was captured on video and posted to multiple social media platforms. Kylah Spring, a freshman working as a desk clerk, says in the video that Rosing hit her multiple times and kicked her in the stomach. Spring said the attack began when she asked Rosing, who appeared to be intoxicated, if she was OK.

Rosing can be heard using racial slurs throughout the video, and a police report says she continued using derogatory language after being taken into custody.

Spring, who was working an overnight shift, never retaliated and said at one point: “I don’t get paid enough for this.”

After police arrived, Rosing told an officer that she has “lots of money and (gets) special treatment,” according to an arrest affidavit. “When I told her to sit back in the chair, she kicked me and bit my hand.”

During a rally on campus Monday night, Spring addressed the woman accused of assaulting her.

“You will not break my spirit and you will be held accountable for your actions,” she said. “I only pray that you open your heart to love and try to experience life differently and more positively after this.”