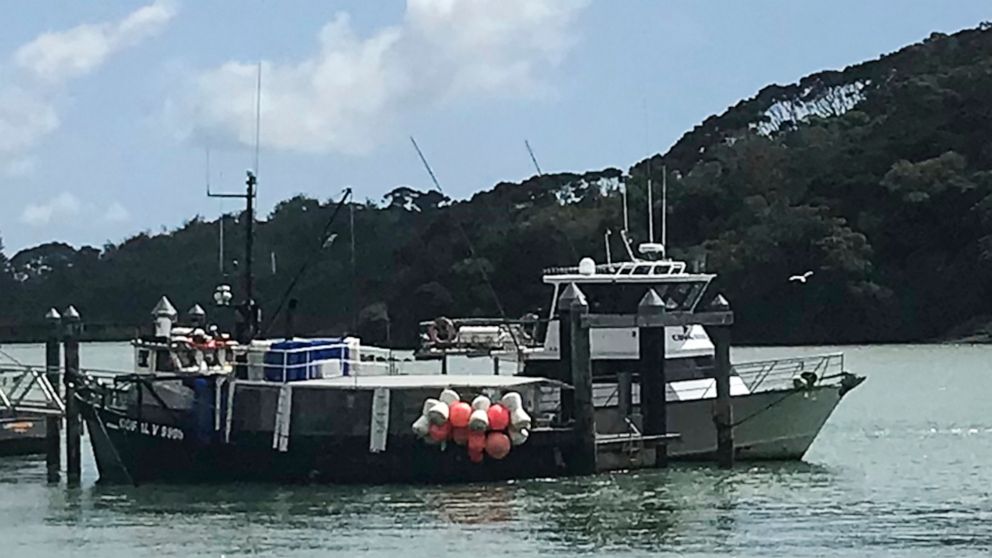 WELLINGTON, New Zealand — A chartered fishing boat carrying 10 people sank in stormy weather off the New Zealand coast, and police said four people were confirmed dead and one other was missing. Five people were winched by a helicopter to safety and the search was continuing.

The 17-meter (56-foot) boat got into trouble and set off a distress signal on Sunday night off North Cape on the northern coast, triggering a major search and rescue operation.

The five rescued people were admitted to Kaitaia Hospital in stable conditions and were later discharged.

Nick Burt, a spokesman for Maritime NZ’s Rescue Coordination Center, said an emergency beacon was activated at 8 p.m. A helicopter became the first search and rescue vehicle to reach the remote location at 11:40 p.m., Burt said.

The search Monday was being coordinated by a navy patrol boat with helicopters in the air and ground crews scouring the shoreline, Burt said.

“The weather conditions are more favorable today, and we are completely focused on the search and rescue for the two people unaccounted for,” Burt said in a statement before one body was recovered by a ship.

Luis Fernandes, a meteorologist with New Zealand’s weather agency MetService, said gale-force winds had whipped up rough seas around North Cape at the time the alarm was raised.

But conditions had eased in the area later in the night as the search and rescue began and the storm system continued to move south, he said.

The fishing boat had left the northern port of Mangonui on Thursday, the Stuff news website reported.

On board were the captain, a crew member and eight passengers from Auckland, New Zealand’s most populous city, Stuff said.

The captain was among with survivors, the website said. No one else has been identified.