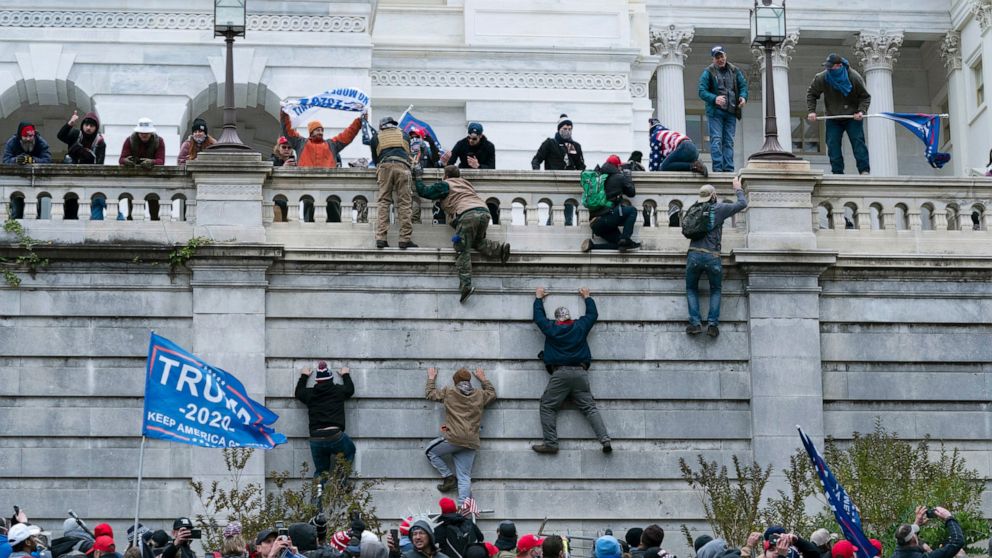 A Florida firefighter who was photographed inside the U.S. Capitol during the Jan. 6 insurrection has pleaded guilty to a misdemeanor disorderly conduct charge

WASHINGTON — A Florida firefighter who was photographed inside the U.S. Capitol during the Jan. 6 riot by loyalists of former President Donald Trump pleaded guilty to a misdemeanor disorderly conduct charge on Tuesday.

Andrew Williams changed his plea in Washington federal court, according to court documents. He faces up to six months in prison at a Jan. 27 hearing.

A plea agreement requires Williams to cooperate with law enforcement in its investigation of the attempted insurrection. He must also pay $500 in restitution. Prosecutors said the riot caused nearly $1.5 million in damage to the U.S. Capitol.

A mob objecting to the election victory of Democratic President Joe Biden broke into the Capitol on Jan. 6 as members of Congress met to certify the results. Most of the participants had just come from a nearby rally where Trump accused Democrats of stealing the election. At least five deaths have been connected to the attack, including the death of Capitol Police officer Brian Sicknick, who was among a badly outnumbered force trying to fight off the intruders.

Williams has been a firefighter with the Sanford Fire Department since 2016. He was placed on administrative leave from the fire agency shortly after the riot. Fire department spokesperson Bianca Gillett said Tuesday that Williams will remain on unpaid leave pending a final sentencing hearing, and an administrative investigation will become active after that. Sanford is located about 25 miles (40 kilometers) outside Orlando.