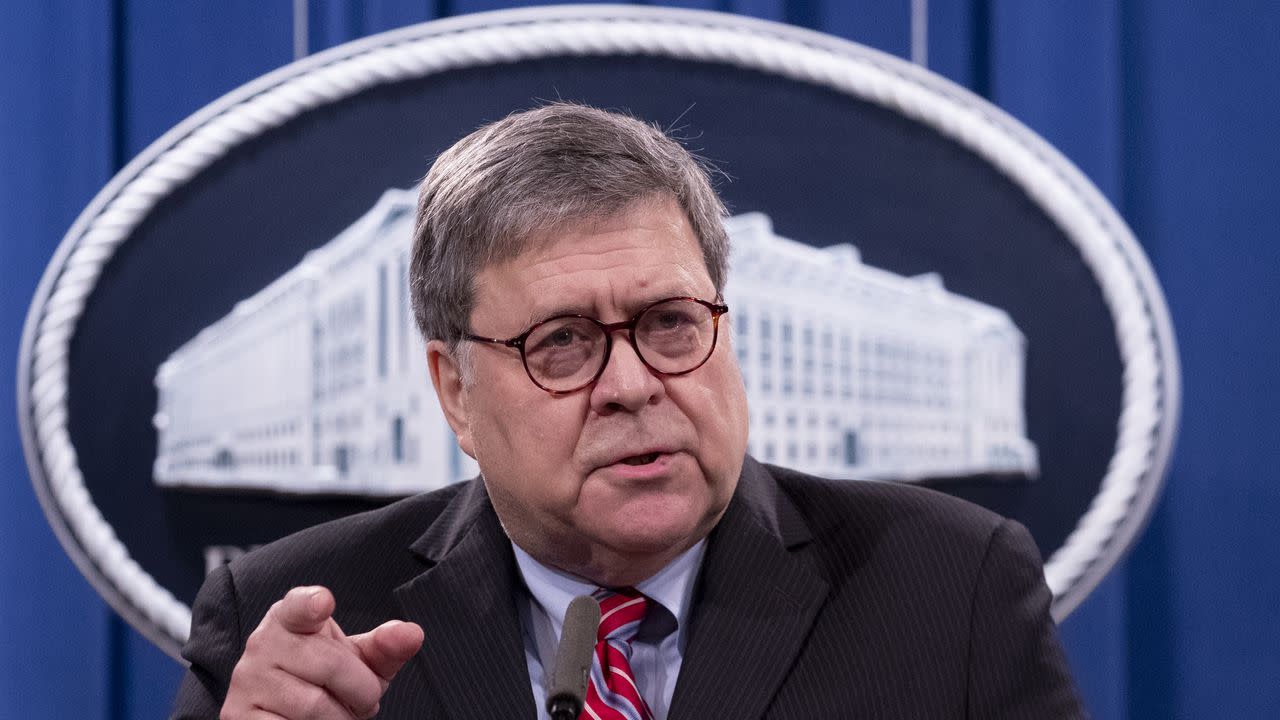 Former Attorney General Bill Barr said the Justice Department always knew Trump’s claims of election fraud were “bullsh*t,” according to an excerpt from journalist Jonathan Karl’s upcoming book published in the The Atlantic.

Why it matters: Barr’s new comments come as Trump continues to propagate the lie that the 2020 election was “rigged.” Republicans in swing states now are conducting “audits” of election ballots based on false conspiracies about the election.

Flashback: Last December, Barr told the AP: “To date, we have not seen fraud on a scale that could have affected a different outcome in the election.”

What they’re saying: “My attitude was: It was put-up or shut-up time,” Barr told The Atlantic. “If there was evidence of fraud, I had no motive to suppress it. But my suspicion all the way along was that there was nothing there. It was all bullsh*t.”

Barr said that Minority Leader Mitch McConnell (R-Ky.) had been urging him to speak out against Trump’s false claims since November but would not do so himself. McConnell did not want to upset Trump as he needed Trump to campaign in Georgia.

“Look, we need the president in Georgia,” McConnell said, according to Barr. “And so we cannot be frontally attacking him right now. But you’re in a better position to inject some reality into this situation. You are really the only one who can do it.”

Exclusive: Jan. 6 select committee will include former CIA inspector general found to have retaliated against whistleblower

Number of NFL players in vaccination process up to 80%