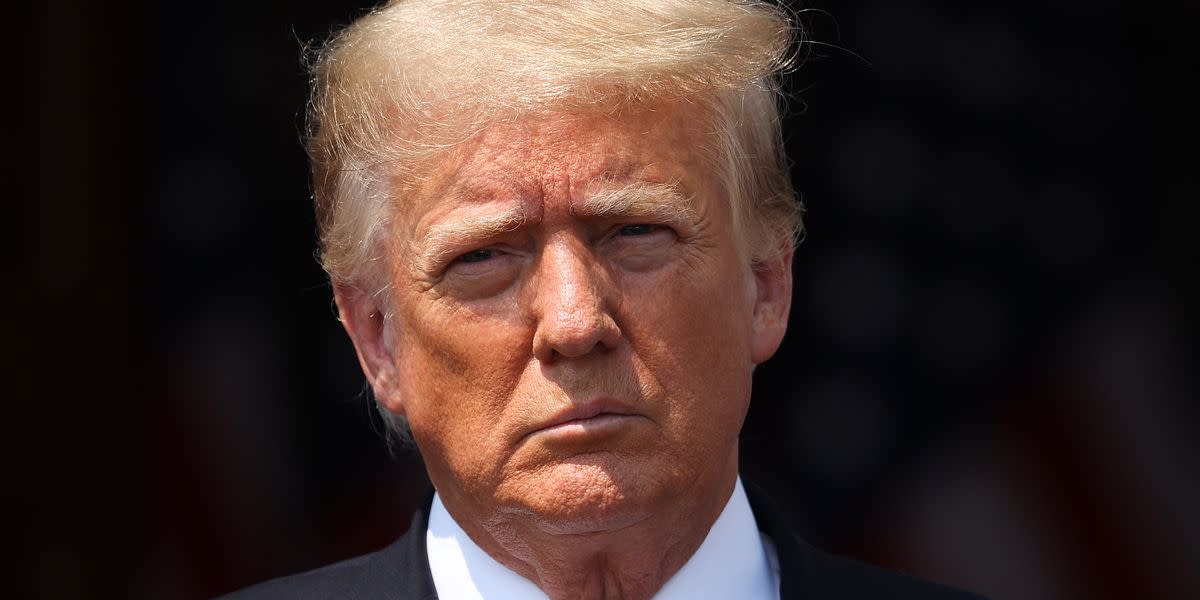 A furious Donald Trump again complained Friday of being unfairly picked on by the Democrats, and said that the uproar over the classified documents he spirited away to Mar-a-Lago was nothing more than an “ordinary” and “routine” presidential records process.

The National Archives and Records Administration confirmed Friday that there were classified documents — some top secret — among at least 15 boxes of retrieved White House records Trump had taken to his Florida residence when he left office. By law, all of it was supposed to be handed over to the National Archives.

The Presidential Records Act requires that the White House preserve and transfer all written communication related to a president’s official duties — including everything from memos to emails — to the National Archives.

Trump dismissed concerns about his brazen defiance of the law “fake news.”

“If this was anyone but ‘Trump,’ there would be no story here,” he wrote in his blog that was reposted by his aide Liz Harrington to her Twitter account. “Instead the Democrats are in search of the next scam.” (Trump couldn’t post himself as he has been banned from Twitter).

Trump insisted he didn’t have the time to squirrel away and swipe documents. In a fact-free statement, he said he was too busy “destroying ISIS, building the greatest economy America has ever seen … making sure Russia didn’t attack Ukraine.”

Trump claimed National Archives officials didn’t “find” anything, because he turned over the documents he had at home — but only after they were demanded by officials.

Among the records were historically important documents, including what Trump has described as “love letters” from North Korean leader Kim Jong Un, and a letter from former President Barack Obama left for Trump when he took over the Oval Office.

The records Trump whisked away “should have been transferred to NARA from the White House at the end of the Trump Administration in January 2021,” NARA said in a statement last week to The Washington Post.

NARA has referred the matter to the Department of Justice for investigation.

The startling news that Trump had removed boxes of White House records to Mar-a-Lago followed an earlier Post report that the former president routinely “ripped up” documents while he was in office, from memos to briefings to schedules.

“He didn’t want a record of anything,” a former senior Trump official told the Post. “He never stopped ripping things up.”

Staffers often scooped up the shreds of paper to tape them back together to comply with the law, but the torn documents were also at times added to “burn bags” to be destroyed, trashed or simply lost, sources told the newspaper.

Some documents provided last month to the House select committee investigating the Jan. 6, 2021, riot at the U.S. Capitol had been ripped up — and were taped back together by National Archives personnel, the Post and CNN reported. A statement from the National Archives noted that they had been “torn up by former President Trump.”

New York Times journalist Maggie Haberman reports in her upcoming book, “Confidence Man,” that the White House toilets during the Trump administration were sometimes clogged with bits of documents staffers believed Trump had tried to flush.