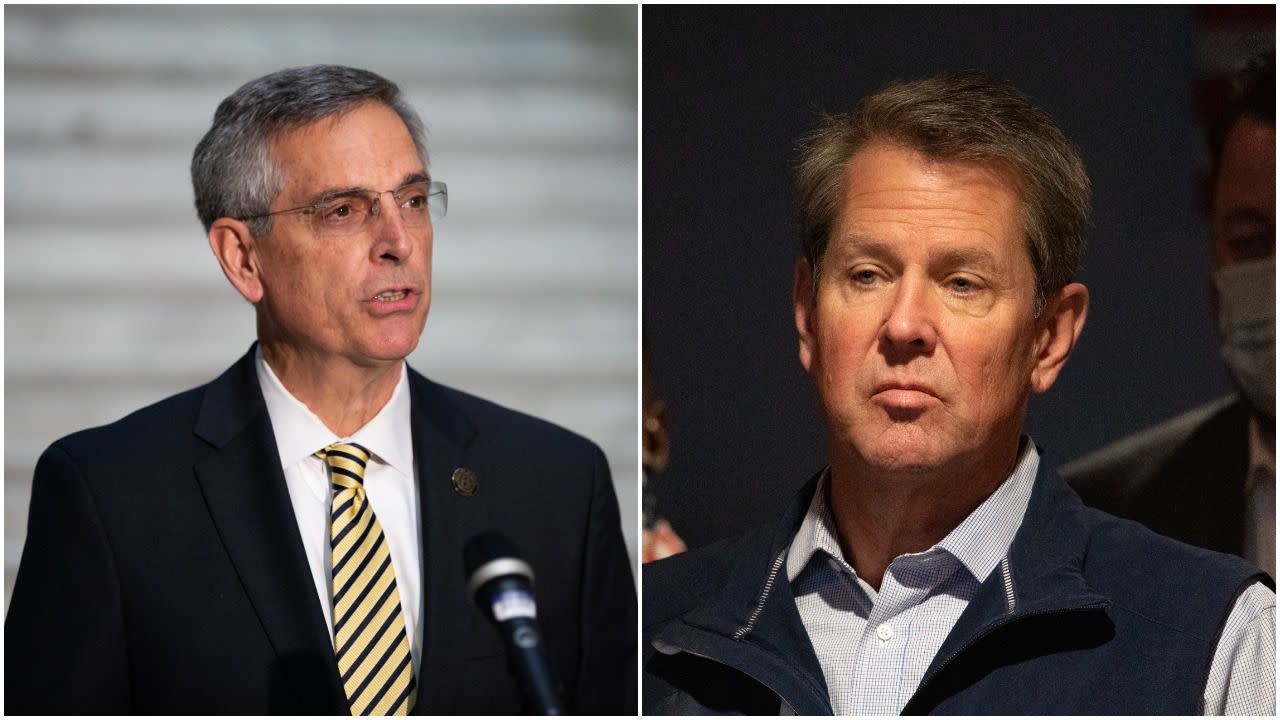 Trump: I’m not the one trying to undermine democracy

Trump’s speech to an enthusiastic audience at the North Carolina GOP convention dinner in Greenville was his first high profile public appearance outside of his Florida compound, and his first major speech, since leaving office in January.”I am not the one trying to undermine American democracy. I’m the one that’s trying to save it. Please remember that,” Trump said. “We all know what happened with the election. And we can never, ever let that happen again and we’re going to go forward and we’re going to continue to look and things are being found that is not even believable.”Trump vowed to help Republicans in 2022 congressional elections and endorsed U.S. Representative Ted Budd for a U.S. Senate seat in North Carolina after his daughter-in-law, Lara Trump, said she would not run.He appeared to dangle a possible run himself for president in 2024, saying he was looking forward to that year. Advisers say Trump, who faces a potential indictment in New York over his business dealings, has been discussing the possibility of another presidential campaign.Trump emerged from seclusion for the Saturday event, the first in a planned series of speaking engagements this summer.