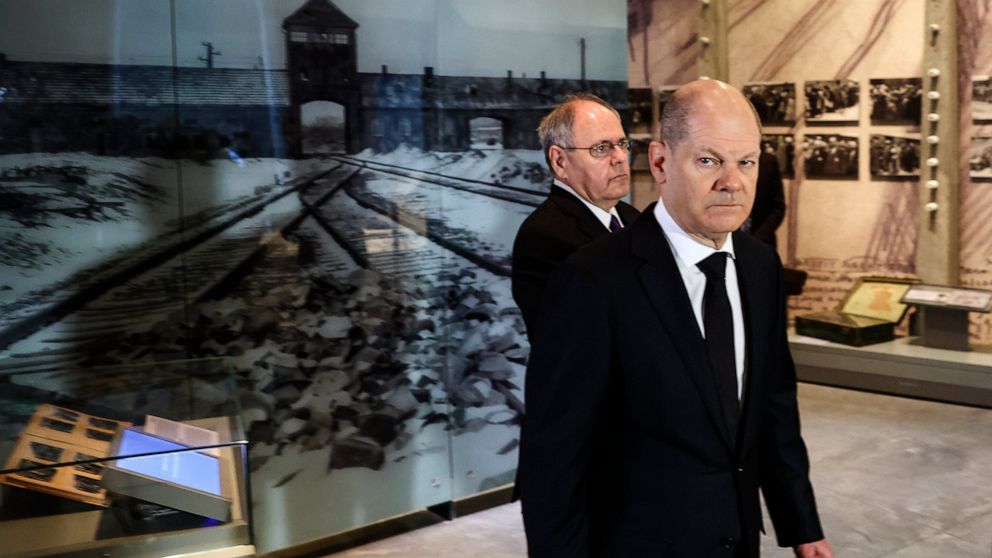 Scholz arrived in Israel Tuesday evening and will return to Germany later Wednesday in a visit — his first to Israel since becoming German leader — that was planned before the fighting erupted. He toured Israel’s Holocaust memorial Yad Vashem alongside Israeli Prime Minister Naftali Bennett and the two met for talks later in the day.

His visit comes as Russia’s assault on Ukraine continued for a seventh day, and as Western countries have rallied together against the incursion.

“Every further day on which this war continues leads to destruction, not just of infrastructure but of human lives, of civilians, of soldiers on both sides, and that is something that we absolutely must prevent together,” Scholz said at a press conference with Bennett. He called for an end to attacks on civilians and for talks to end the crisis to resume.

The war has prompted historic changes to Germany’s defense policies. The German government said Saturday it will send anti-tank weapons and surface-to-air missiles to Ukraine — abandoning its long-held refusal to export weapons to conflict zones in a historic break with its post-World War II foreign policy.

Berlin also announced it is committing 100 billion euros to a special fund for its armed forces, and will raise its defense spending above 2% of GDP — a measure on which it had long lagged.

Israel has voiced support for the Ukrainian people while sending humanitarian aid. But it has been muted in its criticism of Russia, on whom it relies for security coordination in Syria, where Russia has a military presence and Israel has frequently struck targets in recent years. Bennett defended Israel’s response to the crisis, calling it “measured and responsible.”

“Our duty as leaders is to do everything to stop the bloodshed and to move the happenings from the battlefield to the negotiating table as fast as possible. It is not too late to do so,” he said.

In the decades following the Holocaust, in which Nazi Germany killed 6 million Jews, Germany and Israel have become staunch allies. The countries’ Cabinets hold regular joint sessions, and Germany is Israel’s most important trade partner in the European Union.

But Germany, like much of Europe, is at odds with Israel when it comes to the Palestinian issue. Germany has called for a Palestinian state alongside Israel and opposes Israel’s settlement activities in the West Bank. Germany is also among world powers negotiating with Iran over its nuclear program.

Bennett said Israel was watching with concern as Germany, Britain, France, Russia and China negotiate to revive the 2015 nuclear deal, which was left in tatters after the U.S. withdrew in 2018. He said Israel was concerned the deal would not adequately rein in Iran’s nuclear program.

Scholz said he understood Israel’s worries, but said it was time to move forward on a deal.

“What we want is to have an agreement in Vienna now, because now is the time to decide; this cannot be delayed further and cannot continue to be put off. Now is the time finally to say ‘yes’ to something that represents a good and sensible solution,” Scholz said, looking directly at Bennett.