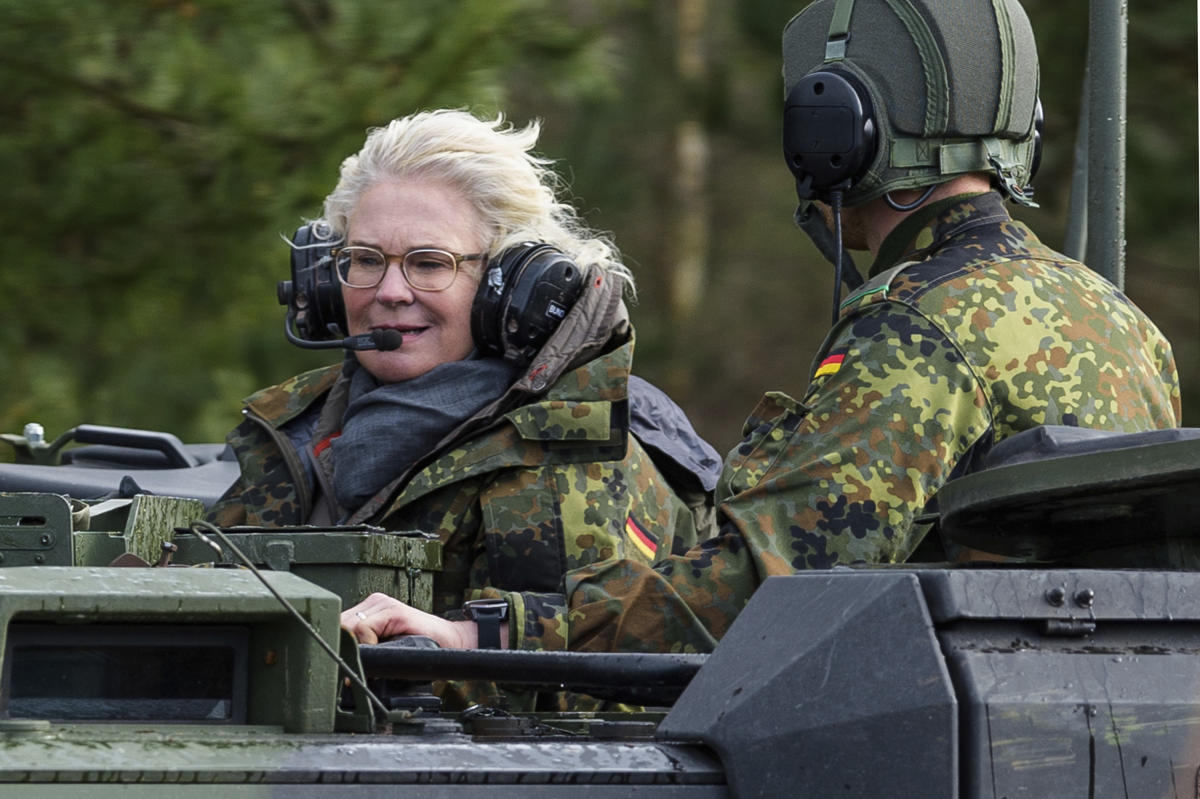 Christine Lambrecht said in a written statement that she had submitted her resignation request to Chancellor Olaf Scholz, adding that “months of media focus on my person” had stood in the way of a factual debate about the military and Germany’s security policy.

“The valuable work of the soldiers and many people in my department must stand in the foreground,” she said.

A spokesperson for Scholz said the chancellor had accepted Lambrecht’s resignation.

“The chancellor respects the decision by Ms. Lambrecht and thanks her for her good work in these difficult and challenging times,” Christiane Hoffmann told reporters in Berlin.

She said a replacement would be announced “soon.”

Hoffmann added that it was important to Scholz to ensure gender parity among ministers, but declined to comment on a possibility of a wider Cabinet reshuffle.

The 57-year-old Lambrecht has been defense minister since Scholz became chancellor in December 2021. Critics have long portrayed her as out of her depth. But Scholz stood by her, describing her last month as “a first-class defense minister.” Pressure on her mounted recently after an ill-judged New Year’s video message.

Germany has given Ukraine substantial support in recent months, including howitzers, Gepard self-propelled anti-aircraft guns and the first of four IRIS-T surface-to-air missile systems. But critics, some inside Germany’s governing coalition, have long complained of Scholz’s perceived hesitancy to step up aid. Lambrecht was overshadowed on the issue by the chancellor, who made most major announcements.

Lambrecht was then Finance Minister Scholz’s deputy before being appointed justice minister in 2019. She also was minister for families and women in the closing months of then Chancellor Angela Merkel’s government.

She was respected in those roles but was widely viewed as one of the Scholz government’s weakest links at the Defense Ministry.

The notoriously unwieldy department has a history of diminishing ministers’ reputations.

Its importance increased with Russia’s invasion of Ukraine. That prompted Scholz to announce a special 100 billion-euro ($108 billion) fund to upgrade the German military, the Bundeswehr, which has suffered for years from neglect and in particular from aging, poorly functioning equipment.

Last month, Lambrecht dismissed suggestions that the government had been too slow to get going on its spending drive. She said officials have moved fast but that “such projects must be carefully negotiated — this is tax money.”

The minister also drew criticism for hapless communication, starting with a January 2022 announcement that Germany would deliver 5,000 military helmets to Ukraine as “a very clear signal that we stand by your side.”

In April, she took her 21-year-old son along on a military helicopter flight, which became public when he posted a photo to Instagram that it turned out the minister had taken herself. Her ministry said she had applied for permission and paid the costs herself, but critics said it showed poor judgment.

It showed a barely audible Lambrecht speaking against a backdrop of loud New Year’s Eve fireworks in a Berlin street.

“A war is raging in the middle of Europe,” she said. “And connected with that for me were a lot of special impressions that I was able to gain — many, many meetings with interesting, great people.”