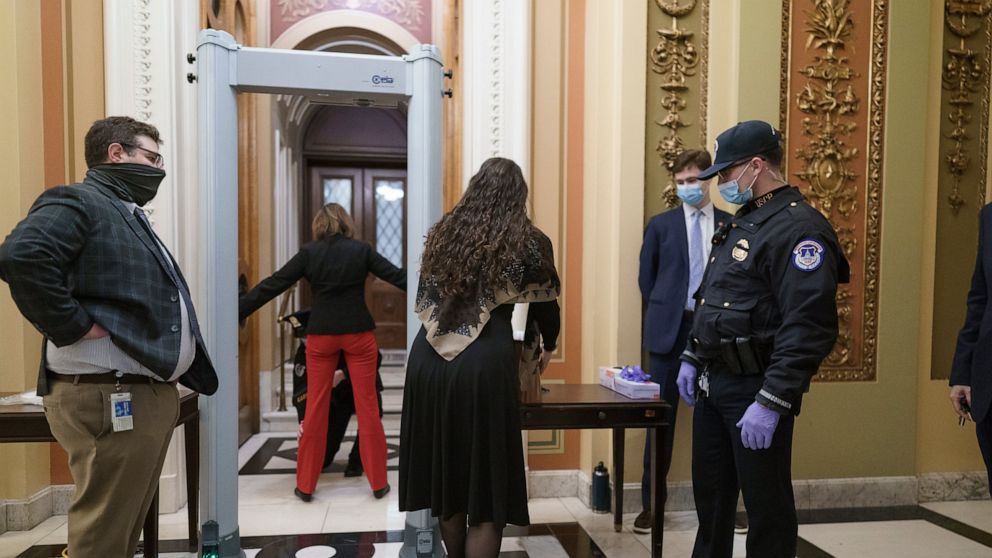 WASHINGTON — Capitol Police are investigating an incident in which a Republican lawmaker was blocked from entering the House chamber after setting off a metal detector while apparently carrying a concealed gun.

Rep. Andy Harris, R-Md., set off the metal detector while trying to enter the chamber Thursday afternoon. The metal detectors were installed after the Jan. 6 insurrection at the Capitol, which left five people dead, including a Capitol police officer. The incident was witnessed by a reporter from the Huffington Post

After setting off the machine, Harris was asked to step aside for further screening. At that time, an officer discovered Harris was carrying a concealed gun on his side, according to the reporter.

The officer sent Harris away, at which point Harris tried to get Rep. John Katko, R-N.Y., to take the gun from him. Katko refused, telling Harris he didn’t have a license to carry a gun. Harris eventually left and returned less than 10 minutes later. He once again went through security and did not set off the magnetometer. He was then allowed to enter the House floor.

Harris, in his sixth term representing Maryland’s Eastern Shore, issued a statement through his chief of staff, Bryan Shuy.

“Because his and his family’s lives have been threatened by someone who has been released awaiting trial, for security reasons, the congressman never confirms whether he nor anyone else he’s with are carrying a firearm for self-defense,” the statement said. “As a matter of public record, he has a Maryland Handgun Permit. And the congressman always complies with the House metal detectors and wanding. The Congressman has never carried a firearm on the House floor.”

Eva Malecki, a spokeswoman for Capitol Police, said the incident is being investigated.