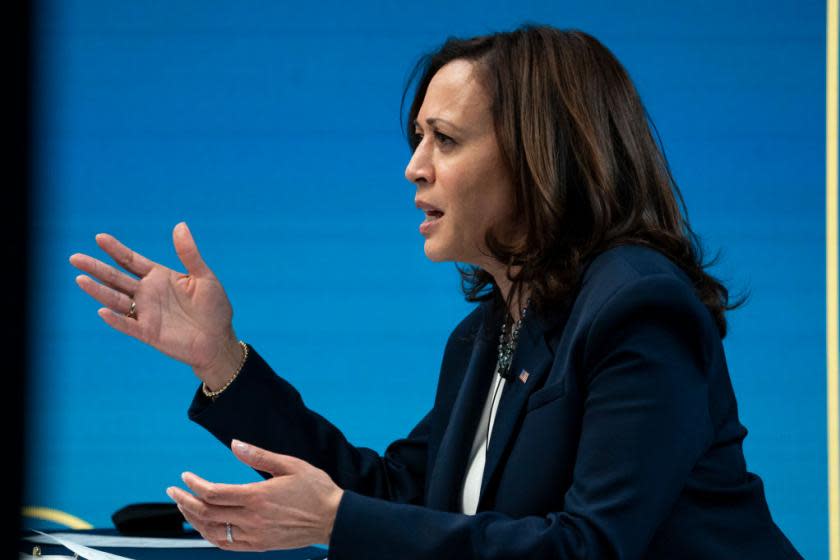 The Senate slogged through a long series of votes late Thursday and early Friday, with the Democrats voting down most of the theoretically limitless series of amendments to their budget resolution. “The endurance run known as the ‘vote-a-rama’ is a time-honored tradition of the reconciliation process — the budget tool Democrats will likely use to expedite passage of [President] Biden’s $1.9 trillion coronavirus relief plan without any GOP support,” Politico explains. Most of the vote-a-rama involved “Republicans forcing Democrats into tedious and uncomfortable votes on a variety of issues as Democrats inflicted maximum pain by dragging out the legislative torment,” Politico reports. But some amendments did pass with bipartisan support. By a voice vote, for example, the senators approved an amendment from Sen. Joni Ernst (R-Iowa) to “prohibit the increase of the federal minimum wage during a global pandemic.” Raising the minimum wage to $15 an hour is one of the heavy lifts in Biden’s proposal. “A $15 federal minimum wage would be devastating for our hardest-hit small businesses at a time they can least afford it,” Ernst argued on the Senate floor. The measure’s biggest proponent, Budget Committee Chairman Bernie Sanders (I-Vt.), shrugged off the vote, noting that his plan raised the minimum wage over five years, starting after the pandemic. “We need to end the crisis of starvation wages in Iowa and around the United States,” he said, adding that he “will do everything that I can” to make sure the measure “is included in this reconciliation bill.” The minimum wage hike may be stymied by other factors: Sen. Joe Manchin (D-W.Va.) is opposed, and it may run afoul of so-called Byrd Rule limits on what can be included in reconciliation bills. House Speaker Nancy Pelosi (D-Calif.) said if it doesn’t make it in this bill, Democrats will include it in other legislation. The Senate also approved amendments to keep America’s Israeli embassy in Jerusalem, prevent undocumented immigrants from getting direct stimulus checks, and — by a 99-1 vote — restrict Biden’s $1,400 checks from going to “upper-income taxpayers.” That proposal, from Manchin and Sen. Susan Collins (R-Maine), did not specify any income thresholds, and Biden’s proposal already includes phasing out the checks up to $300,000-a-year households. Congress and the White House are negotiating the phase-out and cutoff points, and Biden is meeting with Democratic leaders and committee chairs Friday morning to discuss the COVID-19 relief bill. More stories from theweek.comSenator Ivanka?CIA analyst involved with briefing Biden shouldn’t be trusted after defending torture program, former Senate investigator saysFormer CIA officer explains why Biden is right not to ‘run the risk’ of sending Trump intelligence briefings

Woman likely sneaked gun into jail by hiding it inside her body, Missouri sheriff says

Earthquake swarm in Iceland could hint at even bigger event

Woman likely sneaked gun into jail by hiding it inside her...