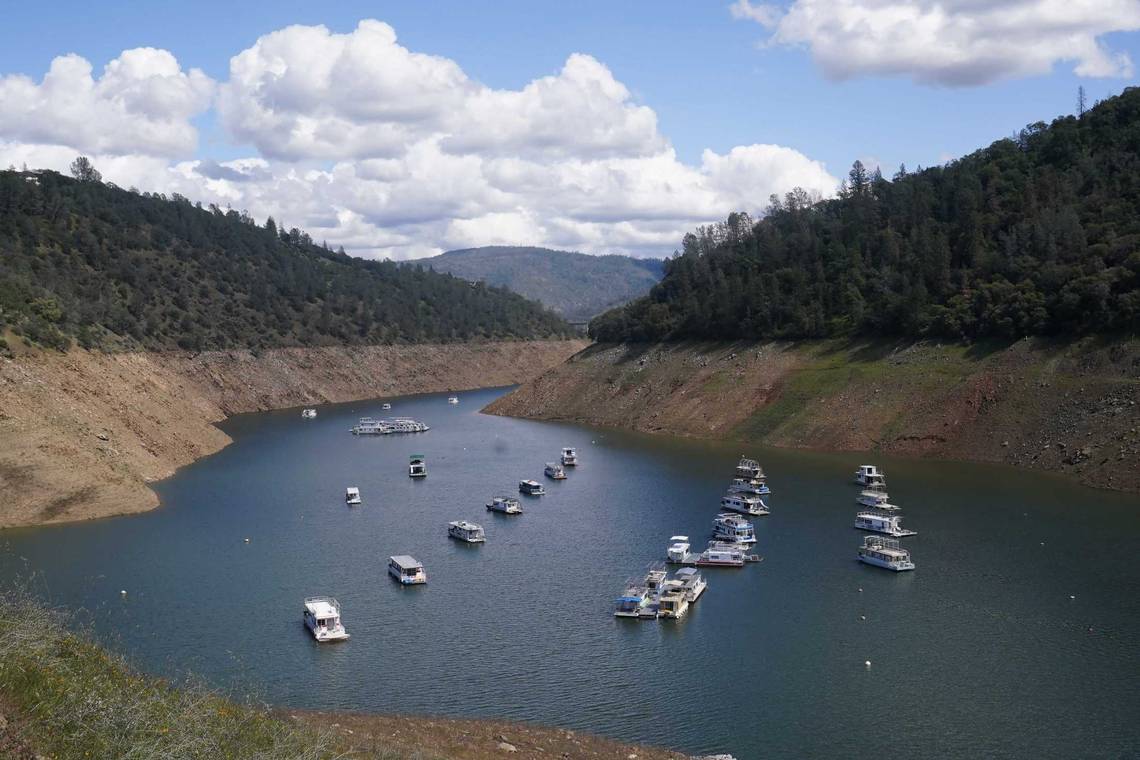 For the first time in nearly two years, the entire state of California is not experiencing “abnormally dry” conditions — though most of it is.

Better news: None of the state is in “extreme” or “exceptional” drought. In the northwest corner of the state, the majority of Del Norte County is drought free.

A move in the needle, however slight, means the string of heavy rainstorms have temporally improved drought conditions.

It does not mean the drought is over.

The majority of California, or 92.12% of the land is in at least a “moderate drought,” while roughly 43% of the state is experiencing “severe drought” conditions. This week’s numbers show improvement compared to last week.

The data used in this interactive map, collected from the U.S. Drought Monitor, was updated Thursday. Here are the drought conditions in California. See where your area lands:

How has rain and snow lessened California’s drought?

Let’s just say you should still be conserving water.

The string of “atmospheric river” storms and high elevation snow has led to drought improvements, but it’s too early to tell if all that wet weather was enough to end the state’s years-long drought.

In return, state water officials are urging residents to continue to monitor their water intake because, according to previous Bee reporting, it’s too early in the winter for agencies to begin relaxing restrictions.

To say that California has had a wet start to its winter season is an understatement.

According to the Department of Water Resources, 52 stations in the Central Sierra Nevada are reporting at 248% of normal on Thursday.

Peak snow season is generally on April 1. As of Thursday, snowpack throughout California is 129% of average.

Is more rain and snow coming to Northern California?

The rain has finally settled in California.

The last storm in Northern California’s forecast for a while produced light rain Wednesday across the region.

Downtown Sacramento received less than half an inch of rain between 9 a.m. Wednesday to 9 a.m. Thursday.

The snow is also coming to an end, until at least Monday.

What do you want to know about life in Sacramento? Ask our service journalism team your top-of-mind questions in the module below or email servicejournalists@sacbee.com.