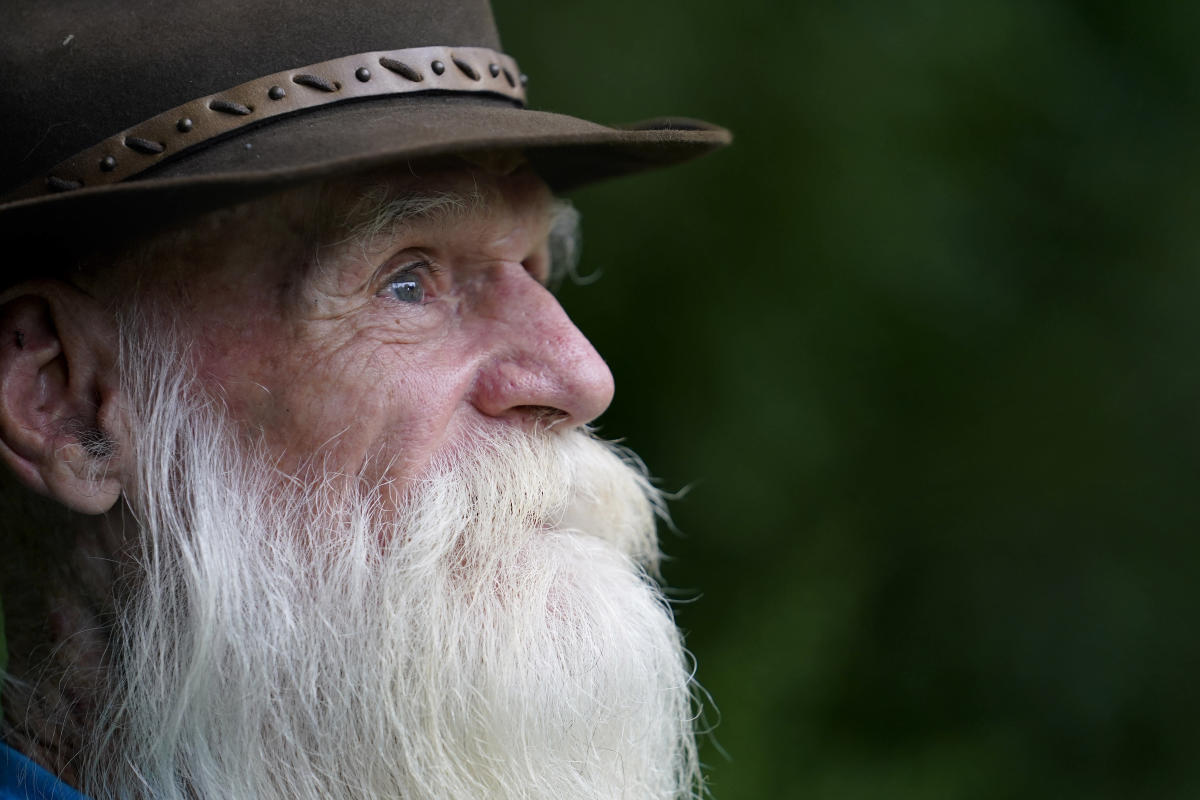 CONCORD, N.H. (AP) — A former hermit in New Hampshire who went back to live on the wooded property he was ordered to leave realizes that his time there is drawing to a close — but he appears willing to keep fighting against his removal for now.

David Lidstone, who just turned 82, failed to show up for a contempt of court hearing Thursday in his tug-of-war with a Vermont landowner over a patch of forest near the Merrimack River that he’s called home for 27 years before his cabin burned down in an accidental fire.

Given his history of not appearing at hearings until he’s arrested, a judge on Thursday interpreted Lidstone’s no-show as a “seemingly deliberate” move and imposed costs to cover some of Giles’ expenses. He said Lidstone would face a $500-a-day fine if he doesn’t leave the woodlot by April 11.

“I am not sure why he missed it,” said Jodie Gedeon, a kayaker who befriended Lidstone years ago. A call to Lidstone’s phone number could not be completed Thursday.

A judge issued an injunction in 2017 for “River Dave” — as Lidstone is known — to leave after the landowner, Leonard Giles, sued him. But there have been delays in the case: Besides the pandemic, Lidstone hasn’t always shown up for court and he’s been in and out of jail as he resisted the injunction.

Court records say the undeveloped property has been in the Giles family since 1963 and is used for timber harvests. Lidstone had claimed that years ago, the current owner’s father gave his word — but nothing in writing — allowing him to live there. He also has disputed whether he’s on the property in the first place.

“I have a great deal of sympathy for Mr. Lidstone,” Judge Andrew Schulman said Thursday, “but it is what it is.”

Giles’ attorney, Lisa Snow Wade, responded, “I look at it from a different perspective. The person who should have the sympathy here is Mr. Giles, who’s an 86-year-old veteran who’s been put through this. This is not that easy for him emotionally, or you know, financially.” She said he’s paid over $39,000.

Snow Wade had suggested a financial penalty for Lidstone, saying time in jail did not seem to change his behavior.

Earlier this month, Lidstone told The Associated Press “I know my days are numbered here,” a day after he was arrested and pleaded not guilty to a trespassing charge on the land. “Eventually I’m going to have to move.”

Lidstone, who became known as a friendly face to kayakers and an advocate for keeping the river clean, wasn’t sure what he would do next or where he would go, even though he’s had offers of other places to live and more than $200,000 in donations.

Lidstone, a logger by trade, is accused of squatting in a rustic cabin he built on the land in Canterbury. The wooden, two-level A-frame cabin had solar panels, a small, cluttered kitchen with pots hanging from the ceiling, and curtains on the windows. His porch had a footstool with a base made of stacked beer cans. He converted a wood stove into a beehive. He attached lights, a mirror and a pulley for a clothesline to logs supporting the cabin. He also had a vegetable garden.

But while Lidstone was in jail over the property dispute, his cabin burned down in August as it was being dismantled at Giles’ request. The Canterbury fire chief said the fire was accidental.

Lidstone, who has been representing himself, was ordered to pick up his remaining possessions and leave. An outpouring of support followed. He didn’t think he could go back to being a hermit and lived with some friends. But by late fall, he had turned a shed that survived the fire into a makeshift home, outfitted with a wood stove.

Lidstone was given permission last year to hire a surveyor to give him “peace of mind,” Schulman said, but he has been unable to get someone to come out yet.

It hasn’t been easy to serve Lidstone with a notice to appear in court. There’s no road access to the property, which is about a mile and half (2.4 kilometers) into the woods. In January, one process server slipped, fell down an embankment, and injured his leg in his attempt to reach Lidstone at the woodshed, according to a motion filed by Snow Wade.

“Mr. Lidstone has been painted as a sympathetic figure in the media because he is an 81-year-old veteran wanting to live a romanticized life off-the-grid,” another plaintiff’s motion from December said. “That does not excuse his conduct of returning to Mr. Giles’ land, again, and again, and again.”