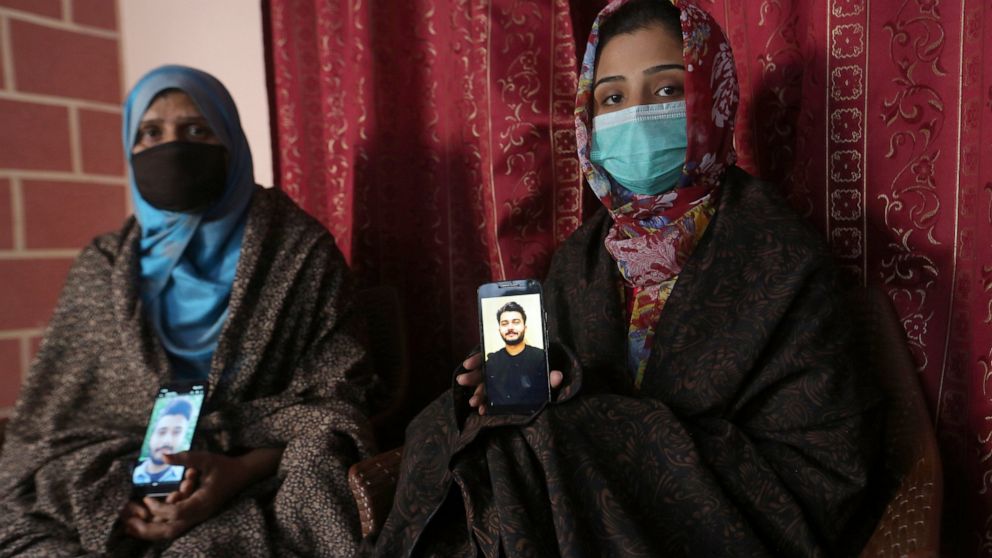 KARACHI, Pakistan — The families of hundreds of Pakistani students stuck in Ukraine following the Russian invasion are urging their government to help bring them home.

At a media briefing late Friday, Foreign Minister Shah Mahmood Qureshi said that the Pakistani embassy had been temporarily moved from Kyiv to Ternopil on the border with Poland, to facilitate evacuations.

Media reports say some 1500 Pakistanis, including 500 students, have been stuck in Ukraine since the Russian invasion on Thursday.

Syed Waqar Abbas, a software engineering student in Kharkiv National University, is among the students in Ukraine waiting for consular help. His family in the southern port city of Karachi said Saturday that they remain worried about his safety.

“My son is in Kharkiv which is being bombarded. He lives close to the border and that area is very dangerous,” said Shabana Bano Abbas, his mother. She told the Associated Press that her son had no resources to help him get out.

“He has just informed us that a station close to his area has been bombarded, how will my son get out of that place?” she said, demanding the government to help stranded children return.

His sister Rubab blamed the Pakistani authorities of being unresponsive. “He has been trying to contact the Pakistan Embassy for two days but the embassy has not been giving any response to him.”

The Pakistani embassy in Ukraine said in a tweet that it was helping stranded Pakistanis to evacuate, advising them to reach Ternopil so they can be transported to Poland. Pakistan’s national airline PIA said it was ready to airlift citizens home from Poland.