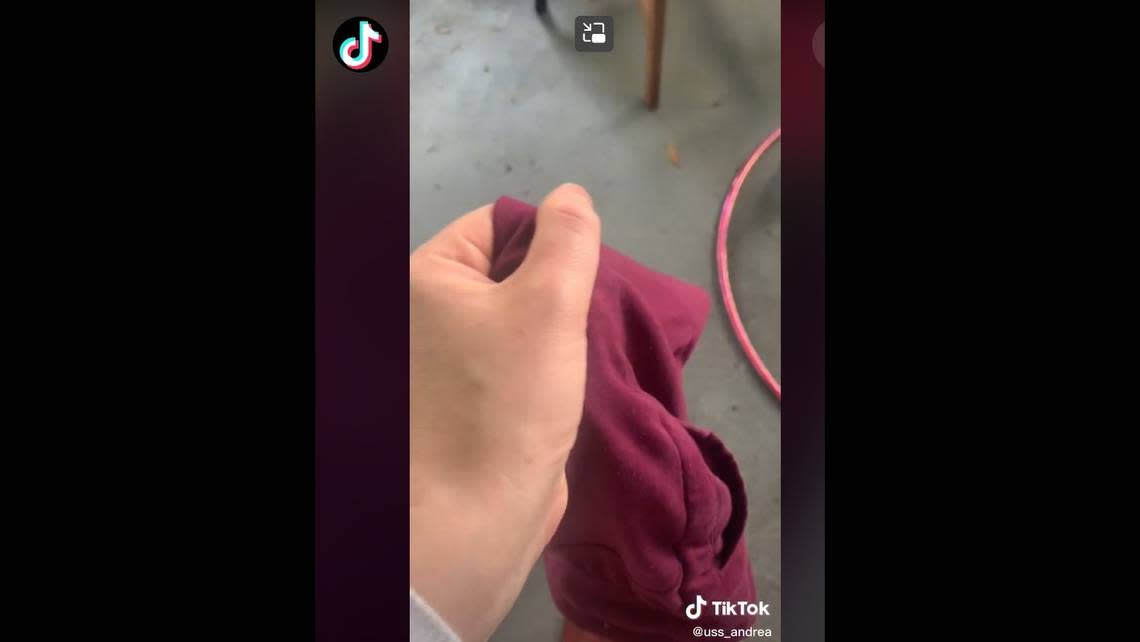 The “Oh No” song was the perfect soundtrack for a recent TikTok video.

A Florida woman with the handle @uss_andrea went viral after showing her followers a common, albeit disturbing, occurrence in her home state.

In the quick clip, she says in a voiceover: “I just took off my pants because I felt something sharp.”

You see her clutching the red material that clearly has something bulging inside it.

“I put my hands around the sharp thing and now we’re going to find out what it is,” the woman says nervously.

She steps outside the house to open up the pants, and the “object,” now free, leaps away.

About the size of her palm, the little guy — which looks a lot like a brown anole with its long, straight tail — likely would not have caused her any harm.

The video racked up roughly 475,000 likes and 6.5 million views. Many commenters thought the reptile was “cute” and were concerned for its welfare. Others were able to find the humor in the situation.

“Florida wildlife has all the audacity.”

“After reading these comments, I’m really glad I live in California, lol.”

“Out of everything, I did not expect that.”

@uss_andrea replied to her followers in the post, informing them the critter was in her “lizard pants” for about 10 minutes before she figured out there was a problem.