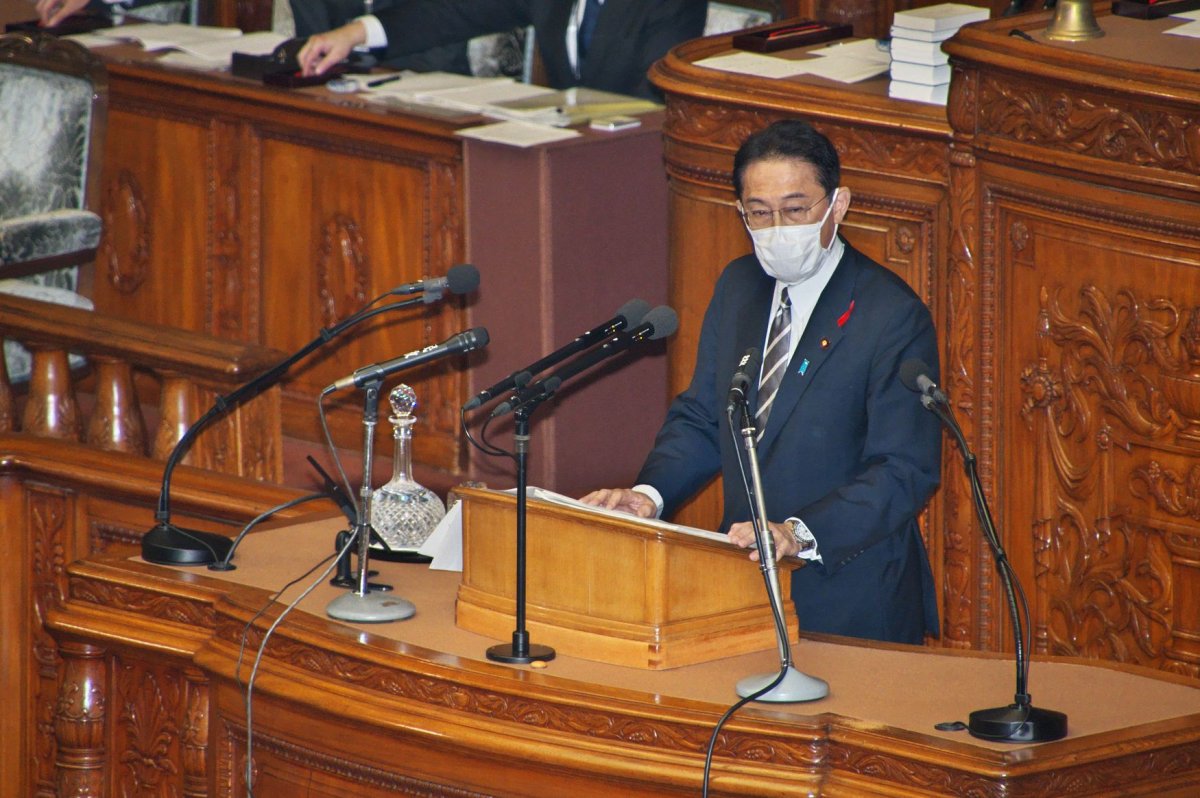 Oct. 8 (UPI) — In his first policy speech as leader of Japan, Prime Minister Fumio Kishida vowed on Friday to stay ahead of the COVID-19 crisis, lead a first-rate economy and counter threats in the region posed by China and North Korea.

Speaking in the Diet, Kishida described his vision for “new capitalism” and detailed measures like tax support for companies that raise wages for employees.

He said he will also put forward a bill for universal health insurance for all residents regardless of employment status.

“To realize both [economic] growth and the distribution [of wealth], all necessary policies will be implemented,” Kishida said, according to the Yomiuri Shimbun.

Kishida also promised a revamped and improved crisis management system to address COVID-19 — something his predecessor, Yoshihide Suga, was widely criticized for failing to do.

Kishida said the pandemic is the most urgent issue facing Japan, and the government in Tokyo will take all necessary steps to ensure that people are vaccinated and protected. Japan saw wild surges in cases earlier this year and over the summer, which led organizers to ban all fans from the Tokyo Summer Olympics.

The prime minister noted that Japan is working to develop an oral COVID-19 drug by the end of the year.

In his inaugural policy address, Kishida sought to deliver a message of strength and security in the face of rising influence from both China and North Korea.

“I’m determined to defend our land, territorial seas and air space, and the people’s lives and assets, no matter what,” Kishida said.

Kishida spoke by phone on Friday with Chinese President Xi Jinping, who encouraged cooperation and dialogue on the most pressing issues in the region — including Taiwan.

Next year, Japan and China will observe the 50th anniversary of their normalization of diplomatic relations.

Xi also told Kishida that he welcomes Japan’s participation in the 2022 Winter Olympics in Beijing, which are scheduled for February.

Kishida was sworn into office on Monday after he was formally elected by Japanese Parliament.