Home World In Ukraine and internationally, scenario darkens for Russia 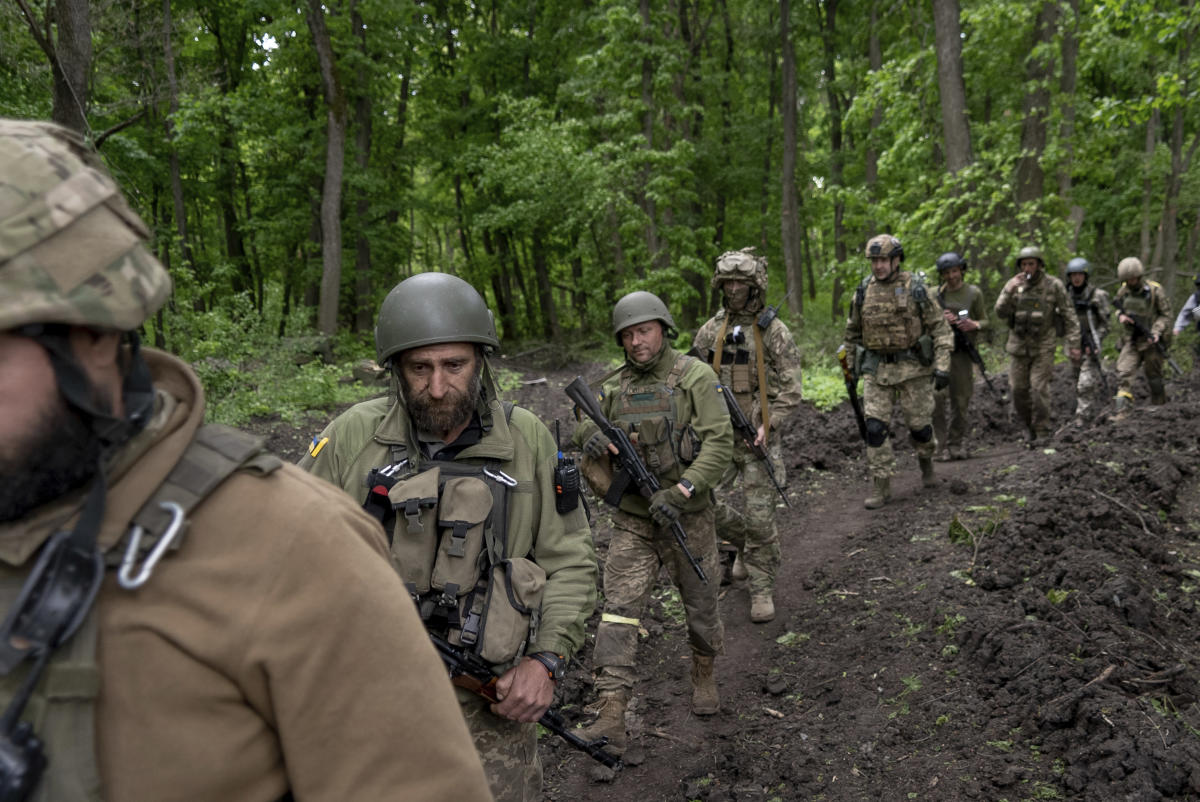 On the ground, Ukrainian troops resisted attempted Russian advances and even rolled back the front lines in places. Over the past few days, Moscow’s forces pulled back from around the northeastern city of Kharkiv after bombarding it for weeks.

Also Monday, a glimmer of hope emerged for wounded Ukrainian troops trapped in the bombed remains of a giant steel plant, the last stronghold of resistance in the port city of Mariupol. The Russian Defense Ministry announced an agreement for the wounded to leave the steelworks for treatment in a town held by pro-Moscow separatists.

There was no immediate confirmation from the Ukrainian side, and there was no word on whether the wounded would be considered prisoners of war. Nor was it clear how many fighters might be evacuated.

As fighting raged in eastern Ukraine, the international response to Russia’s attack continued to pick up pace. Sweden announced that it will seek NATO membership, following a similar decision from its neighbor Finland. That would be a historic shift on the European continent; the two countries have been nonaligned for generations.

Russian President Vladimir Putin, who launched the invasion in what he said was an effort to check NATO’s expansion but is now seeing that strategy backfire, warned that a military buildup on the two countries’ territory “will of course give rise to our reaction in response.”

NATO Secretary-General Jens Stoltenberg has said the membership process for both Finland and Sweden could be very quick, though member Turkey has expressed some reservations about the move.

Swedish Prime Minister Magdalena Andersson said that joining the 30-member military alliance is her country’s best defense in the face of Russian behavior.

“Unfortunately, we have no reason to believe that the trend (of Russia’s actions) will reverse in the foreseeable future,” she said.

Europe is also working to choke off funding for the Kremlin’s war by reducing the billions of dollars it spends on imports of Russian energy.

But a proposed EU embargo on imports of Russian oil faces opposition from a small group of countries led by Hungary, which is one of a number of landlocked countries highly dependent on the imports, along with the Czech Republic and Slovakia. Bulgaria also has reservations.

“We will do our best in order to deblock the situation,” EU foreign policy chief Josep Borrell said. “I cannot ensure that it is going to happen because positions are quite strong.”

Russia has been plagued by a series of setbacks in the war, most glaringly in its failure to overrun Kyiv, the capital, in the early stages of its invasion. Since then, much of the fighting has shifted to the Donbas, Ukraine’s eastern industrial heartland, but that, too, has turned into a slog.

The two sides have been fighting village-by-village. Ukrainian forces have ground down the Russians but are taking losses, too.

“The chances, I think, of a rapid Russian success have gone,” said Chris Tuck, a land warfare expert at King’s College, London. “The Russian capacity for offensive operations is going to bleed away. … I simply don’t think that we’re likely to see any major Russian breakthroughs.”

The death toll, already many thousands, continues to mount.

Along another section of the frontier with Russia, Ukrainian border guards said they defeated a Russian attempt Monday morning to send sabotage and reconnaissance troops into the northern Sumy region.

McQuillan reported from Lviv, Ukraine. Yuras Karmanau in Lviv, Mstyslav Chernov and Andrea Rosa in Kharkiv, Elena Becatoros in Odesa and other AP staffers around the world contributed to this report.

Follow AP’s coverage of the war in Ukraine: https://apnews.com/hub/russia-ukraine