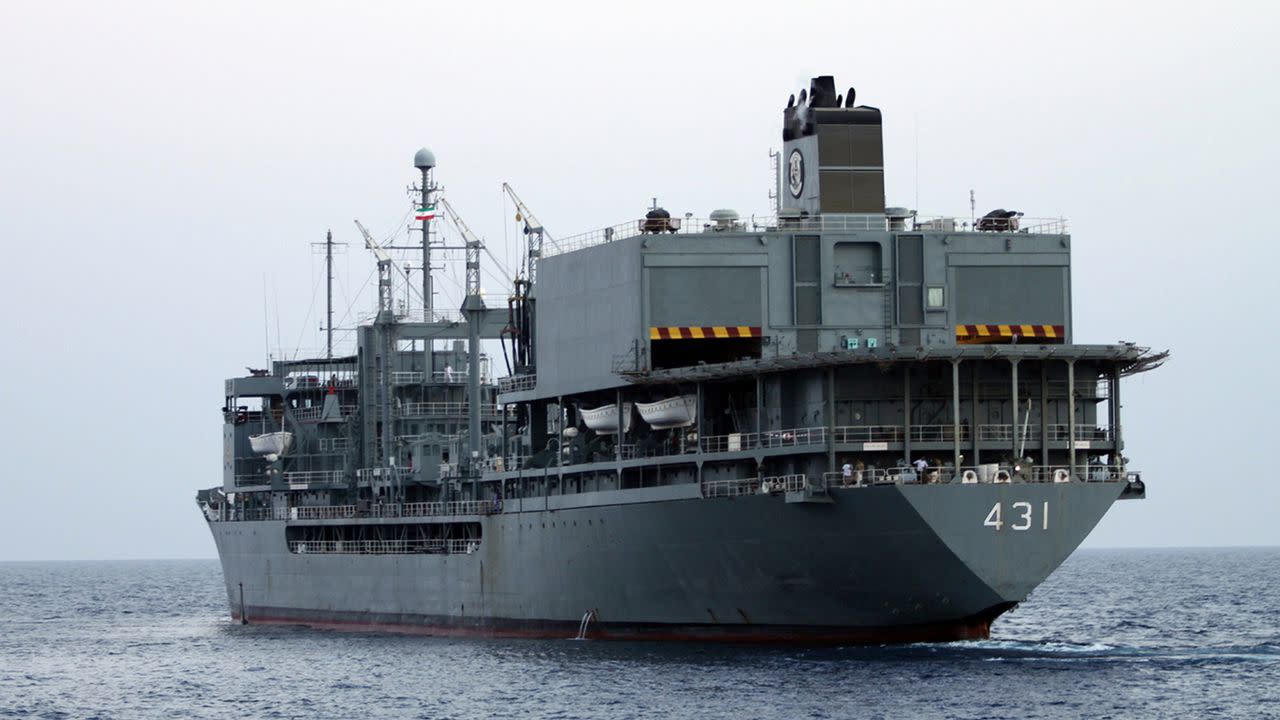 Iran’s largest navy ship, known as the Kharg, caught on fire on Wednesday and sunk in the Gulf of Oman, according to state media.

Details: The fire broke out at around 2:25 a.m. while the ship was near Iran’s Port of Jask, a major shipping lane. No casualties were reported and the entire crew was able to escape the wreck and was taken to safety on the coast, per NPR.

The big picture: While Iranian officials have not offered any cause that might have started the fire, this was the latest in a series of mysterious explosions that has been targeting ships in the Gulf of Oman since 2019, AP reports.

Yes, but: Iran’s ships have experienced incidents in the past that were unrelated to conflicts with foreign nations. In 2020, a training vessel was mistakenly hit by a missile near the Port of Jask, ending in 19 casualties, per AP.