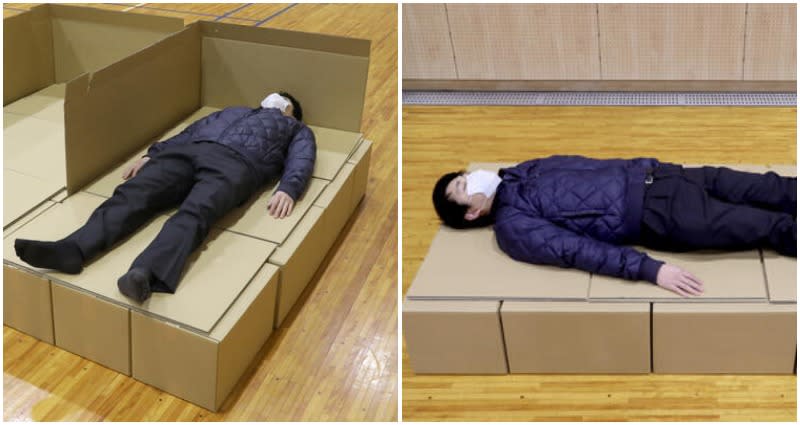 A Japanese company specializing in cardboard boxes, Aasu Danboru (“Earth Cardboard”), has designed a cardboard bed that is available to purchase online for $50.

Cardboard beds have been used for some time in Japan at evacuation centers during disaster reliefs due to the ease of mass production, transport and disposal. Earth Cardboard, however, has made the bed available to everyone through online retailer Rakuten.

In accordance with Japan’s Disaster Relief Law, the bed was designed with cardboard moving-box material and is 72 by 29 by 12 inches. The bed also passed a one-week durability test without any issues by an approximately 5-foot-9 man weighing 176 pounds.

One reason contributing to the cardboard bed’s affordable price is that the company reuses moving boxes to build the base of the bed. When the bed is pulled apart, the base can be reused as moving boxes to easily transport materials at evacuation centers.

In a press release, the company claimed that their product is “the industry’s cheapest cardboard bed.”

Cardboard beds have previously been a topic of interest when they were assigned to athletes at the 2020 Summer Tokyo Olympics and were erroneously reported as “anti-sex” beds. The beds were later repurposed for COVID-19 patients at a temporary medical facility in Osaka.

The beds are currently available from Japanese online retailer Rakuten for 5,490 yen ($50) with free shipping.