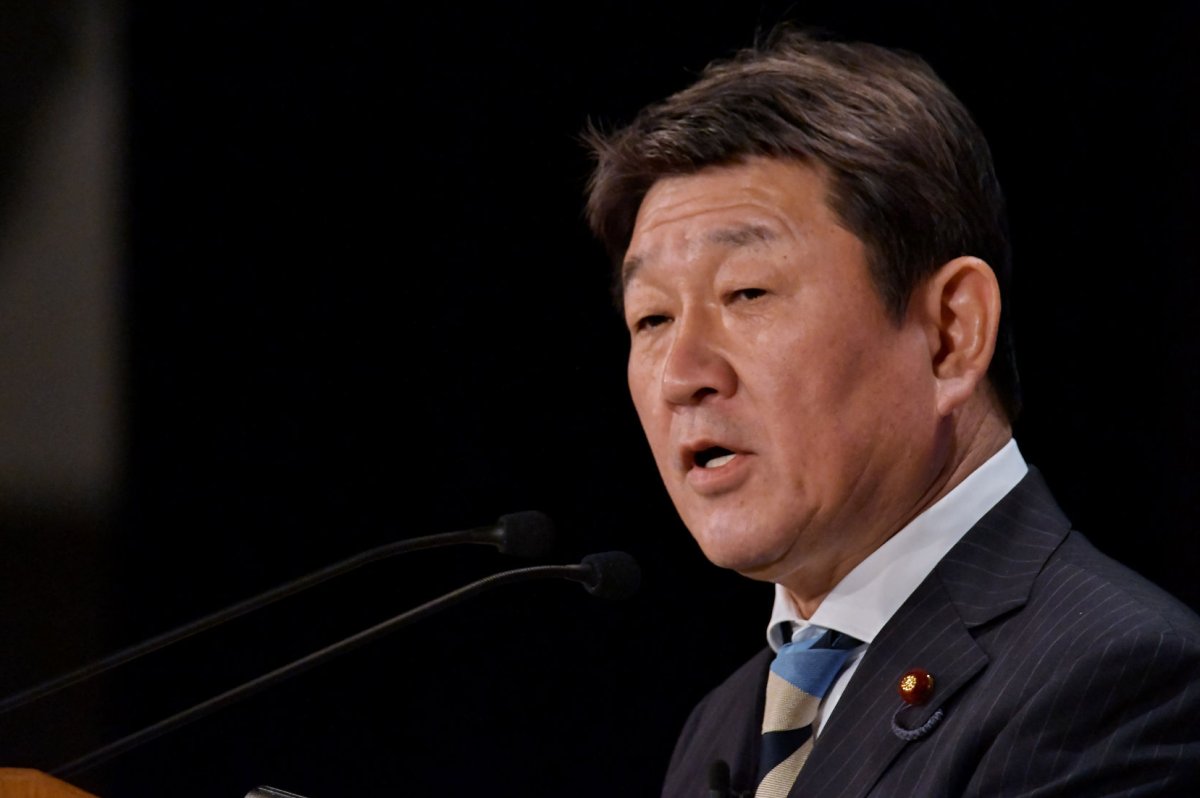 Motegi thanked Chung for his letter, but no other issues were addressed in his message, reports said.

Last week, Chung sent a letter to Motegi that stated Japan set an example in disaster recovery. The South Korean people at the time “empathized with the people of Japan” in the aftermath of the earthquake and nuclear disaster, Chung said.

Chung has exchanged phone calls with his counterparts in other countries since assuming his position Feb. 9, but he has yet to speak directly to Motegi by phone, according to reports.

“The Korean government is always ready to sit down and have talks with the Japanese government,” Moon had said.

Japan and South Korea have been unable to narrow differences over history and restitution for past injustices.

South Korean courts have ordered Japanese companies to pay compensation for the exploitation of Korean laborers in wartime. The decisions have irritated Japan, and the government has said all compensation was paid out under a bilateral treaty signed in 1965.

Members of U.S. President Joe Biden‘s Cabinet traveling in Asia this week have said trilateral cooperation among the three countries is critical for regional security.

U.S. Secretary of State Antony Blinken has named China as the primary threat to international order. In Japan on Tuesday, U.S. and Japanese officials reaffirmed a joint stand against Chinese policy affecting disputed waters and the Japan-controlled Senkaku Islands.