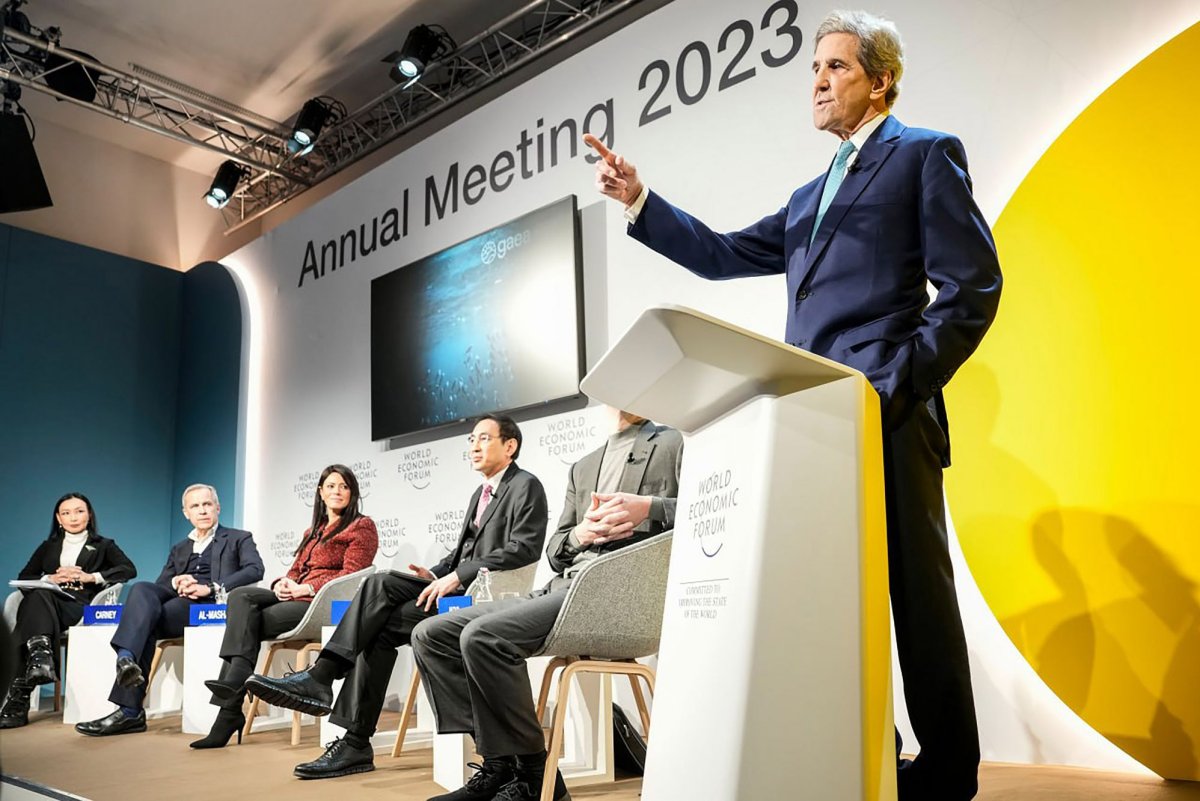 Jan. 17 (UPI) — Special Presidential Envoy for Climate John Kerry said Tuesday the United States remains committed to limiting the effects of climate change to the 2.7 degrees Fahrenheit agreed to in the 2015 Paris Agreement.

Kerry made the comments in Davos, Switzerland, where he is attending the 53rd World Economic Forum.

The legally-binding international treaty on climate change was adopted by 196 members in 2015 and took effect a year later with a goal of limiting global warming to 2.7 degrees Fahrenheit — or 1.5 degrees Celsius — compared to pre-industrial levels.

“I am not convinced we’re going to get there in time to do what the scientists said, which is avoid the worst consequences of the crisis.”

The presence of industry leaders at the event stoked fears of “greenwashing” among climate activists ahead of its opening. Kerry didn’t disagree Tuesday that some industry members don’t live up to promises.

“We’re adamant about that. We feel very strongly that any talk of 1.5 (degrees celsius) not being appropriate at this point is talk being sponsored by some folks who would love to not have to stretch and not have to work as hard” to reduce emissions Kerry said Tuesday.

The 79-year-old former secretary of state’s comments came the same day Ukrainian First Lady Olena Zelenska delivered a speech, calling for more international aid. Russia’s war with Ukraine is poised to enter its second year and the conflict is a centerpiece of the week-long economic forum’s program.

Zelenska later hand-delivered personal letters written by her husband, to European Commission President Ursula von der Leyen, Chinese President Xi Jinping, and China’s vice-premier Liu He, among other world leaders. She did not reveal what her husband, President Volodymyr Zelensky, wrote in the correspondences.

Zelenska’s speech came after more than 40 civilians were killed Sunday in a bombing attack by Russian military forces on an apartment block in the city of Dnipro.