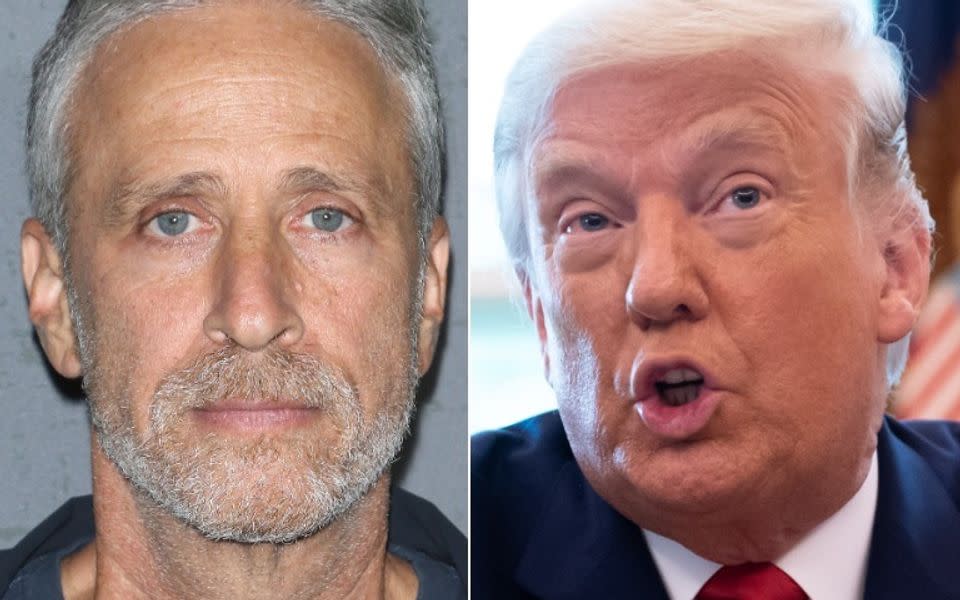 Jon Stewart thinks former President Donald Trump has a real shot at returning to the White House if he runs again in 2024.

“I think he’s got it, he’s got a very good chance. And they’re smarter about it,” Stewart told The New Yorker editor David Remnick during a virtual interview Sunday as part of The New Yorker Festival.

Stewart likened the deadly Jan. 6 riot — in which a mob of violent Trump supporters, incited by the ex-president and his enablers, stormed the U.S. Capitol in a futile bid to overturn the 2020 election — to the television “special” which “all the TV networks were focused on.”

Former reality personality Trump, who has yet to formally declare his candidacy, is “brilliant at understanding what will drive the television narratives,” said Stewart, whose new Apple TV+ show “The Problem With Jon Stewart” debuted last month.

But although a future Trump run would “all be about Jan. 6 and ‘Stop the Steal,’” Stewart predicted, he said what Republicans “really learned from this exercise was there are really specific pivot points within the American electoral system, and those pivot points are generally the administration of elections run by partisans, but not ideologues.”

Stewart suggested the replacement of said election officials with ideologues could lead to a right-wing administrative coup and bring about an “early-stage minority rule.” The “actual danger of what happened is that it exposed a fragility at a level that is not flashy, or sexy, or known,” he added.

Last month, Stewart admitted misjudging Trump before the 2016 election, saying it was ridiculousness and shamelessness that actually “made him dangerous.”