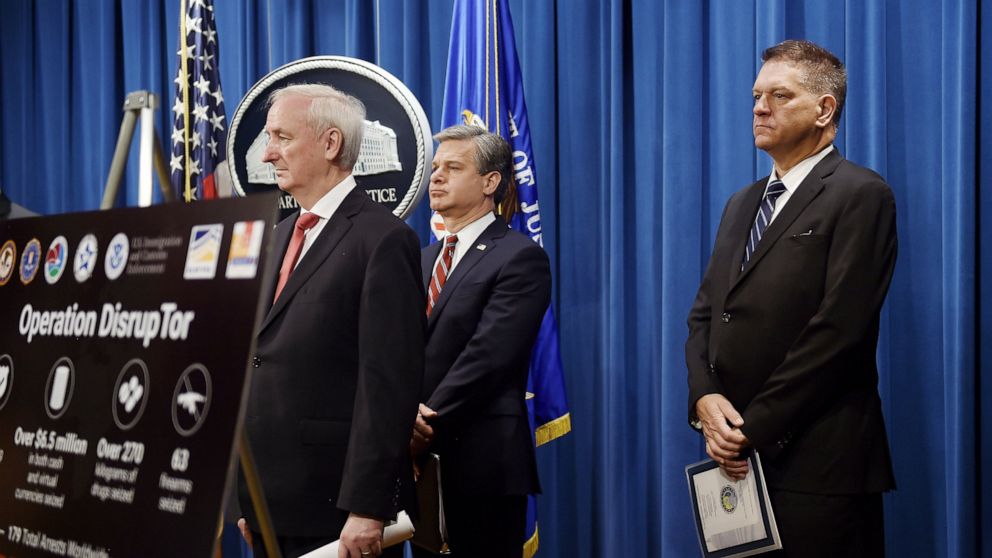 Law enforcement officials have arrested 179 people and seized more than $6.5 million in a worldwide crackdown on opioid trafficking on the darknet

The operation, which mainly occurred in the U.S. and in Europe, comes more than a year after officials took down the “Wall Street Market,” which was believed to be one of the largest illegal online marketplaces on the darknet.

The darknet is a part of the internet hosted within an encrypted network and accessible only through specialized anonymity-providing tools, most notably the Tor Browser.

As part of the initiative, law enforcement officials seized over $6.5 million in cash and virtual currency, in addition to 500 kilograms of drugs, the Justice Department said. About 275 kilograms of drugs, including fentanyl, heroin, cocaine, ecstasy and other opioids, had been seized in the U.S.

The arrests include 121 made in the U.S., two in Canada, 42 in Germany, eight in the Netherlands, four in the United Kingdom, three in Australia and one in Sweden. The Justice Department said its investigation was ongoing and investigators were still working to identify other individuals behind darknet accounts.

Deputy Attorney General Jeffrey Rosen said the takedown showed “there will be no safe haven for drug dealing in cyberspace.”

Jeff Bridges: Oscar-winning US actor reveals he has lymphoma