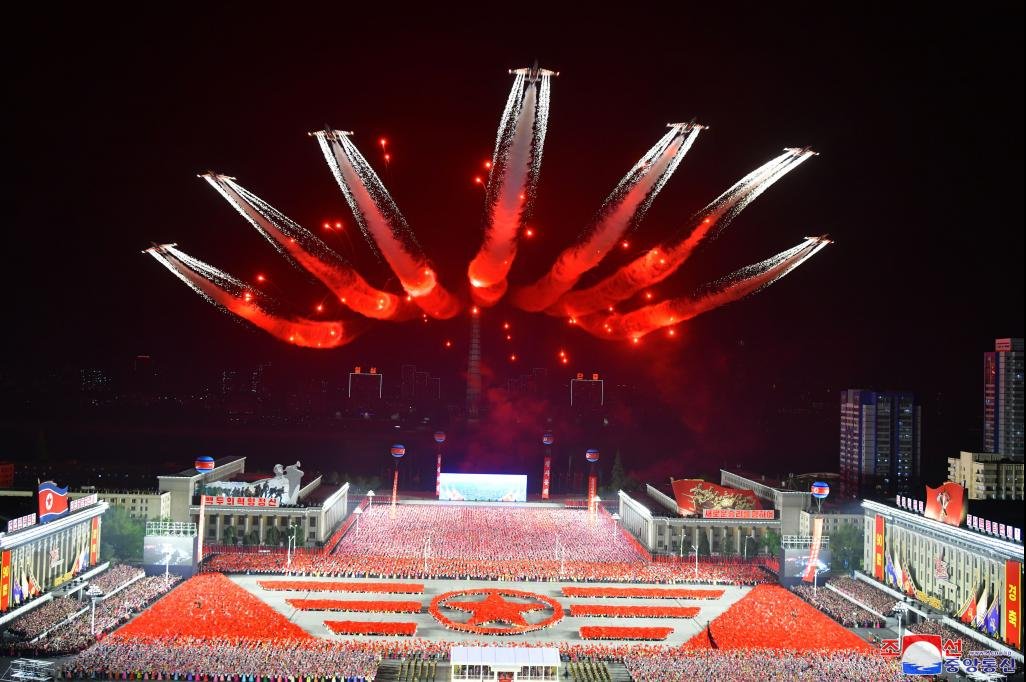 The parade was held Monday night in Pyongyang’s Kim Il Sung Square to celebrate the 90th anniversary of the army’s founding.

North Korea has conducted a flurry of weapons tests since the beginning of the year and officials in Washington and Seoul are on high alert for a nuclear test.

Kim, seen wearing a white military uniform in images released by state media, said that his country’s nuclear program was intended as a deterrent but warned that North Korea would not hesitate to unleash its nuclear arsenal if threatened.

“To cope with the rapidly-changing political and military situations … [North Korea] will continue to take measures for further developing the nuclear forces of our state at the fastest possible speed,” Kim said in a speech according to the Korean Central News Agency.

“The fundamental mission of our nuclear forces is to deter a war, but our nukes can never be confined to the single mission of war.

“If any forces try to violate the fundamental interests of our state, our nuclear forces will have to decisively accomplish its unexpected second mission.”

Kim was joined by senior officials and his wife, Ri Sol Ju, at the parade.

Satellite imagery has shown that North Korea is repairing a tunnel at its Punggye-ri nuclear test site. The secretive regime’s most recent missile launch on April 16 tested what it called a “new-type tactical guided weapon system” that can be used with nuclear warheads.

Among the weapons displayed at the parade Monday was the Hwasong-17 intercontinental ballistic missile, which Pyongyang said it successfully test-fired last month.

Officials in Seoul later challenged the claim, saying that Pyongyang partly staged the launch and substituted an older missile, the Hwasong-15.

“Our armed forces are now fully prepared for any type of war,” Kim said.