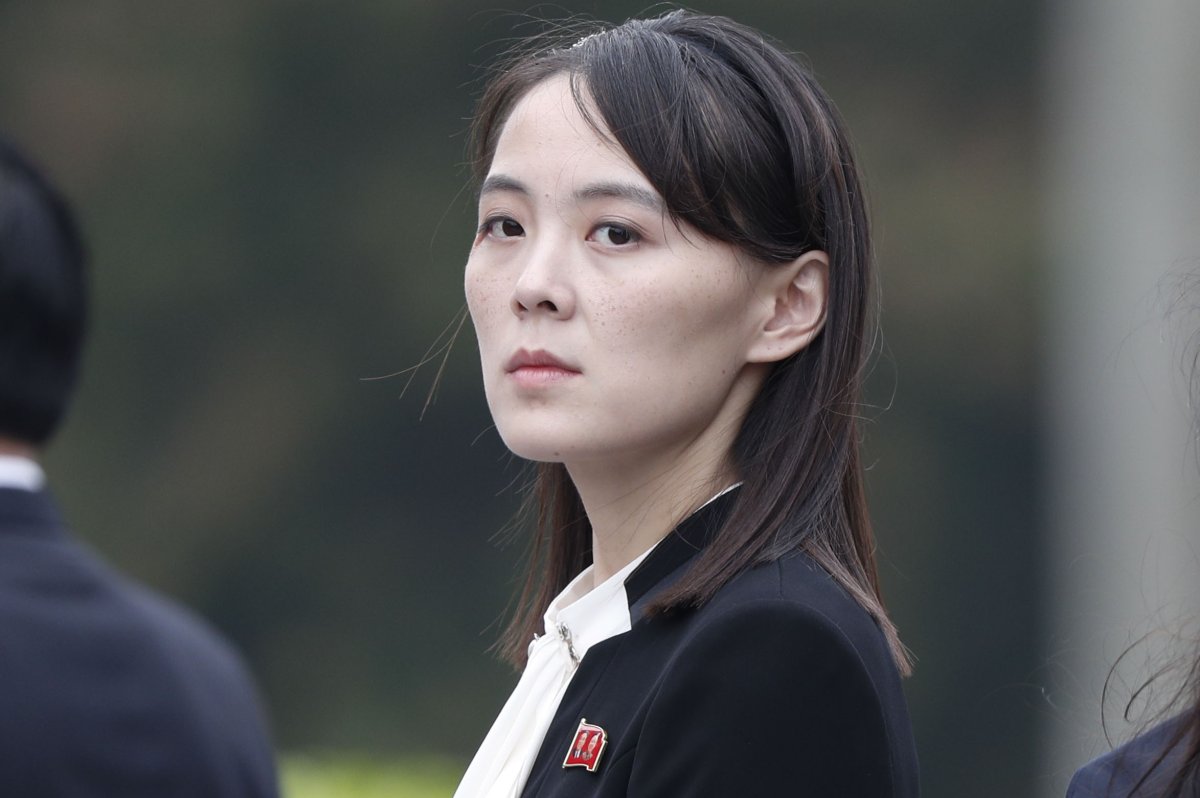 SEOUL, Nov. 24 (UPI) — Kim Yo Jong, the powerful sister of North Korean leader Kim Jong Un, slammed South Korean President Yoon Suk-yeol and his government on Thursday, calling them “idiots” and a “faithful dog” of the United States while warning that Seoul had become a “target.”

Kim made the remarks in reference to Seoul’s foreign ministry saying earlier this week that it would consider imposing additional sanctions on the North over provocations including a recent intercontinental ballistic missile test.

“As soon as the U.S. talked about its ‘independent sanctions’ against the DPRK, [S]outh Korea parroted what the former said,” Kim said in a statement carried by the state-run Korean Central News Agency. “This disgusting act shows more clearly that the [S]outh Korean group is a ‘faithful dog’ and stooge of the U.S.”

The Democratic People’s Republic of Korea is the official name of North Korea.

Last week, Pyongyang fired an ICBM that landed around 130 miles off the coast of Japan and was estimated to have the range to reach the entire United States.

Kim called the launch an “exercise of the right to self-defense” in her statement and blamed the rising tensions on the Korean Peninsula on Yoon’s government.

Washington and Seoul have ramped up their military cooperation under the administration of Yoon, with an increase in the scope and frequency of joint exercises. The United States has also reaffirmed its “extended deterrence” commitment to South Korea, which includes nuclear and missile defense capabilities.

North Korea has long claimed that the joint exercises are preparations for an invasion.

“I wonder why the [S]outh Korean people still remain a passive onlooker to such acts of the ‘government’ of Yoon Suk Yeol and other idiots who continue creating the dangerous situation,” Kim said.

“Anyhow, Seoul had not been our target at least when [former President] Moon Jae In was in power,” she added.

The Moon administration focused on engagement with North Korea, which led to a period of diplomatic rapprochement before negotiations stalled out after a February 2019 summit between Kim Jong Un and then-U.S. President Donald Trump ended without an agreement.

North Korea has conducted a record number of missile launches this year and officials in Seoul and Washington have assessed that the secretive regime has completed preparations for a nuclear weapon test.

Earlier this week, the United States called for the U.N. Security Council to take action against North Korea over its latest ICBM launch, but the effort was blocked by permanent members China and Russia.