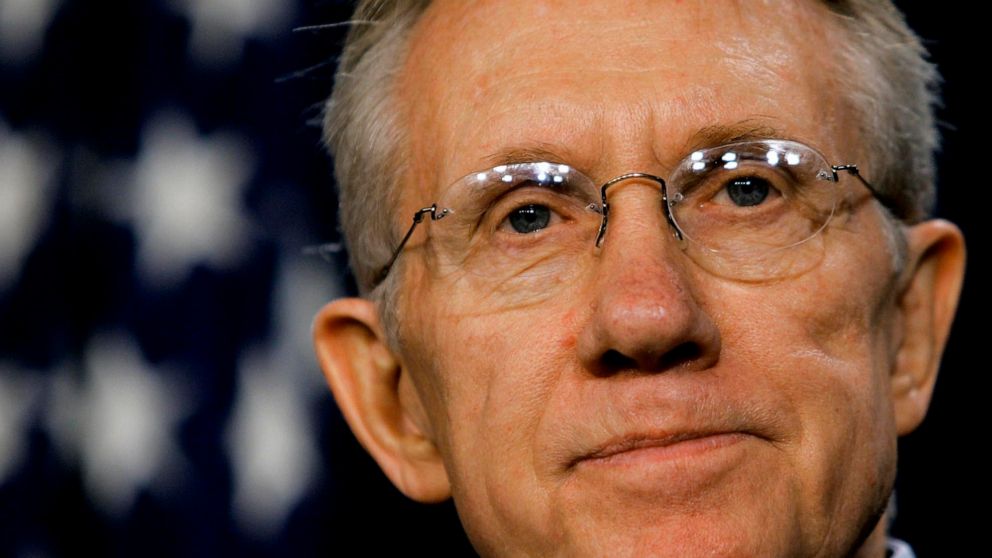 The late former Senate majority leader from Nevada, Harry Reid, will lie in state in the U.S. Capitol Rotunda next week

WASHINGTON — The late Sen. Harry Reid, the Nevada Democrat who served as majority leader during a 30-year career in the Senate, will lie in state in the U.S. Capitol Rotunda next week.

The leaders of Congress, House Speaker Nancy Pelosi and Senate Majority Leader Chuck Schumer, said in a statement Sunday night that ceremonies honoring Reid at the Capitol will take place on Jan. 12.

Events will include a formal arrival and departure ceremony. Details were to be announced later. Due to the COVID-19 pandemic, the ceremony was being limited to invited guests only.

“Few dedicated their life and career to working for and delivering for working families like Harry Reid, and it will be an honor to pay tribute to him in the Capitol next week,” Schumer said. Pelosi said it was her “solemn honor” to pay tribute to “a legendary leader, a great American and my dear friend.”

Reid, 82, died last Tuesday at his home in Henderson, Nevada, after battling pancreatic cancer. A memorial service was planned for Saturday in Las Vegas.

Beginning with his election to the U.S. House in 1982, Reid served in Congress longer than anyone in Nevada history. He retired from the Senate in 2016.