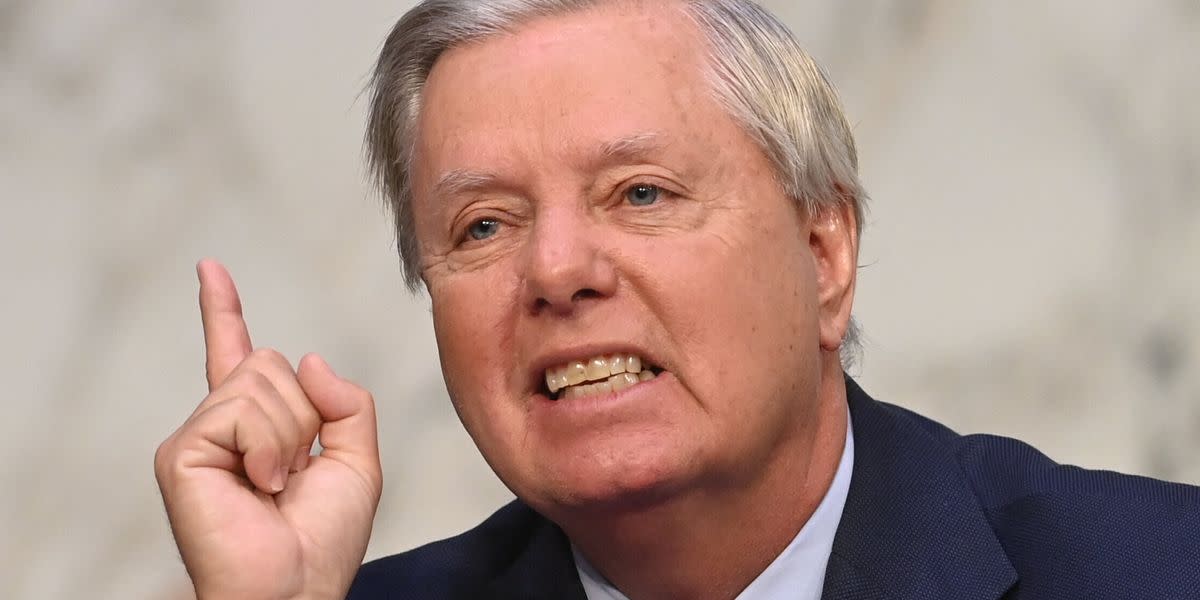 Sen. Lindsey Graham (R-S.C.) was ripped for missing out some crucial context as he tried to attack his one-time good friend President Joe Biden on Thursday.

Biden, speaking at an emergency summit of NATO leaders to tackle Russia’s invasion of Ukraine, explained how he’d been inspired to run for the White House following former President Donald Trump’s “both sides” comment after the deadly Unite the Right rally in Charlottesville, Virginia, in 2017.

Graham fired back on Twitter: “As Ukraine burns, President Biden is talking about Charlottesville and domestic politics. Very sad.”

Critics pointed out how Biden was only responding to a journalist’s question on concerns in Europe the coordinated response against Russia could be undone if Trump won the 2024 election.

Others pointed out Graham’s own wild tangents and Trump’s habit of turning every press conference into a diatribe against his enemies.

As Ukraine burns, Lindsey Graham threw a temper tantrum on national television when he got caught lying. Very sad. https://t.co/g6S4UYChjH

He was asked about #tfg and whether he might be back (the euros are concerned). Pay attention.#NATO

So I guess you were okay with TFG saying that there were “very fine people on both sides” then.

He was asked a question and answered. You seem defensive and sensitive about Charlottesville, Lindsey.

It’s called multitasking. Something a leader absolutely does need to be able to do. But you wouldn’t know anything about being a leader.

As the country fall deeper into division Lyndsey Graham continues to amplify that division.

Apparently the idea that a president can do more than one thing at a time is hard for Lindsay to understand.

No. @POTUS is talking about why he ran for President. Pay attention.

Sit down Lindsey. We know the question that was asked.

He answered a question in press conference.

The US President is talking about US politics? Yeah, I can imagine why that’s confusing to you