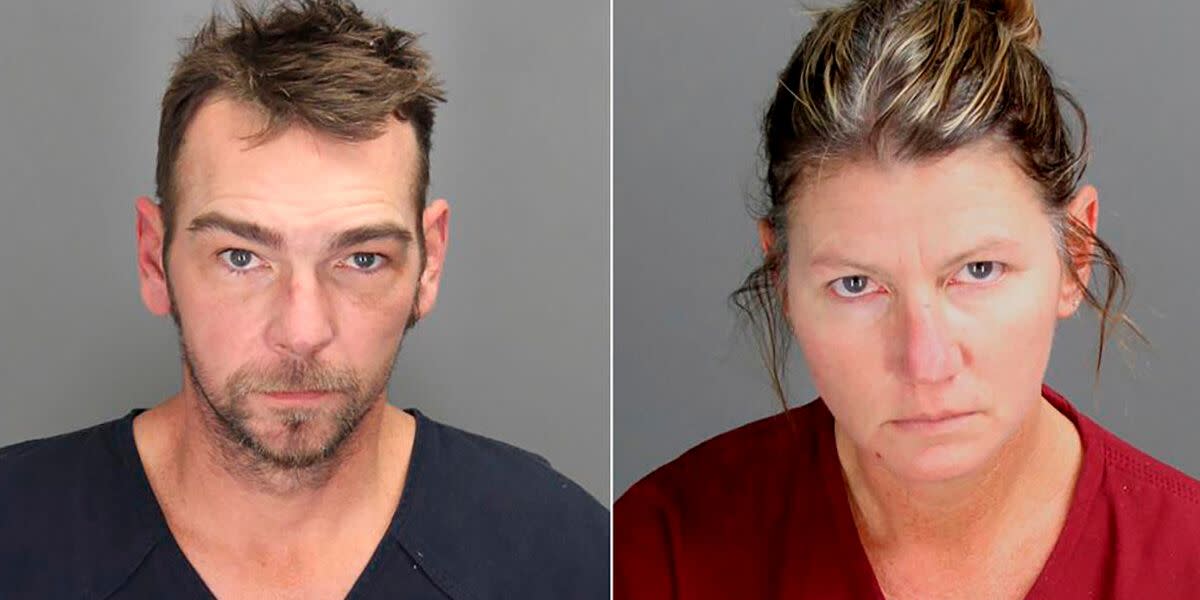 Suspected Michigan school shooter Ethan Crumbley along with his parents, who were arrested early Saturday hiding in a warehouse, have expressed “no remorse,” after an attack that killed four high school students, Oakland County Sheriff Michael Bouchard said on MSNBC.

“We’ve not seen any remorse” from James and Jennifer Crumbley and their 15-year-old son, said Bouchard, who described the family as “obviously sullen,” adding: “Not a lot of conversation.”

“I don’t know whether the sullenness is from being caught or whether it’s from other emotions that are going on, but they haven’t expressed it to us,” Bouchard told host Alex Witt hours after the parents were arrested.

Police said the parents were arrested in Detroit about 40 minutes south of their home after withdrawing $4,000 from an ATM. They were facing charges of involuntary manslaughter for failing to take action that might have prevented their son’s shooting.

The sheriff said at a news conference Saturday that investigators believe someone helped James and Jennifer Crumbley flee and hide after warrants were issued for their arrest.

Ethan Crumbley was charged as an adult Wednesday with murder, attempted murder and terrorism causing death after the deadly shooting Tuesday at his Oxford High School. Seven people were also injured in the attack.

Crumbley’s parents pleaded not guilty Saturday to four counts of involuntary manslaughter after Oakland County Prosecutor Karen McDonald accused them of failing to secure the firearm used in the shooting, and ignored clear warning signs conveyed by the school hours before the attack.

That day, after the school had warned his parents, Ethan Crumbley emerged from a school bathroom allegedly firing a 9 mm Sig Sauer pistol that McDonald said Crumbley’s father had purchased with him just over a week ago.

Bouchard told Witt Saturday that “obviously his parents had to purchase” the ammunition.

The parents and son have been placed on suicide watch as a precaution, even though none of them has given any indication that they would harm themselves, Bouchard said.

They’re all being held separately, in isolation, and it’s unlikely Ethan Crumbley even knows his parents have been arrested, according to Bouchard.

Judge Julie Nicholson, who agreed with prosecutors that the couple were a flight risk, imposed a $500,000 bond for each of the parents and mandated GPS monitoring.

The Crumbleys’ attorneys had argued that their clients did not intend to flee, and planned to turn themselves in on Saturday.

Bouchard said at the news conference that an investigation is continuing concerning an individual suspected of helping the Crumbleys evade police, and that charges could be filed for either “aiding and abetting” fugitives, or “obstruction of justice.”

“We believe they were assisted.. and we’re gathering that information and we’re going to have the totality of that done fairly soon and present that to our prosecutor for potential charges for either aiding and abetting or obstruction of justice” pic.twitter.com/RDnY9inC1W

Check out Bouchard’s full interview on MSNBC in the video clip up top. He talks about the Crumbleys’ apparent lack of remorse beginning at 1:05.