Home World Man Attacked by 12 in NYC Chinatown is a Gang Member With... 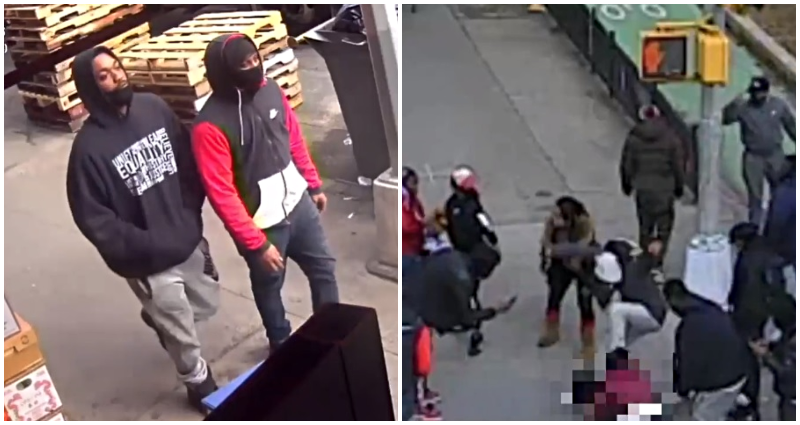 A man who was beaten, slashed, stripped and robbed by a violent mob in Manhattan Chinatown is a known gang member with a lengthy criminal record, according to police sources. The brazen attack, which was caught on surveillance video, occurred at Canal Street and Allen Street around 11:30 a.m. on Jan. 22.

🚨WANTED for ROBBERY: On 1/22, at 11:30 AM, in the vicinity of Canal St & Allen St in Manhattan, a group of individuals assaulted a 26-year-old male victim and removed his cell phone, pants, underwear and shoes. Any info? Call/DM @NYPDTips at 800-577-TIPS. All calls are anonymous pic.twitter.com/qcSOfZWSC4

New York police told NextShark in an email that they are looking for “approximately 12 dark-skinned males and females” involved in the incident. The suspects, they say, “cut the victim with an unknown sharp object” that left him with lacerations on the head, torso and hands. The suspects also stole the victim’s phone, pants, underwear and shoes before fleeing the scene in multiple vehicles. The victim was brought to Bellevue Hospital and is understood to be recovering. The victim’s identity remains withheld. However, law enforcement sources told the New York Post that he is a member of Mac Baller Brims, one of the city’s most dangerous gangs. Fox News also confirmed the victim’s link to the notorious group with a police source. “If the shoe was on the other foot, he’d be a part of that gang,” the source told the outlet. Records reportedly show that the victim has 43 arrests, 17 of which were felony busts. He served a three-year sentence for robbery at Fishkill Correctional Facility from May 2013 to December 2017. The victim was last arrested in Brooklyn on Dec. 4, 2020. Aside from robbery and turnstile jumping charges, he was also accused of sexually assaulting a 24-year-old woman in 2010. Not a single suspect in the Jan. 22 incident has been arrested as of this writing. Anyone with information is urged to call Crime Stoppers at 1-800-577-TIPS. Feature Image Screenshots via New York Police Department