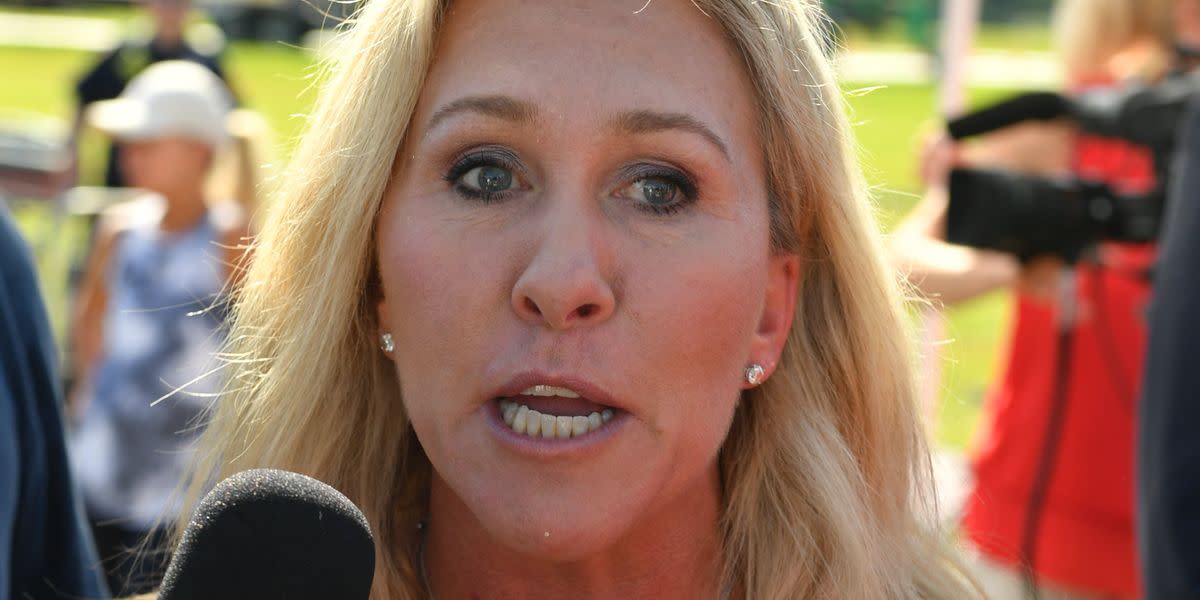 Cheney on Thursday slammed Fox News and prime time personality Tucker Carlson for his upcoming special on the U.S. Capitol riot. A trailer for the show includes a claim that the violence Donald Trump provoked on Jan. 6 with his election lies was actually a “false flag.” Cheney tagged Fox News owner Rupert Murdoch and the network’s CEO Suzanne Scott in her post.

The irony of Greene using the term “Karen,” a pejorative label referring to a white woman showing privileged behavior, was not lost on Twitter users.

Greene (who late night comedian Trevor Noah once dubbed “Osama Bin Karen”) has likened House mask mandates to the Holocaust, said she doesn’t believe in evolution, has pushed a conspiracy theory about Jewish space lasers starting wildfires in California and liked social media posts calling for the execution of prominent Democrats, which caused her to be stripped of her House committee assignments.

I don’t think you should be calling anyone else Karen.