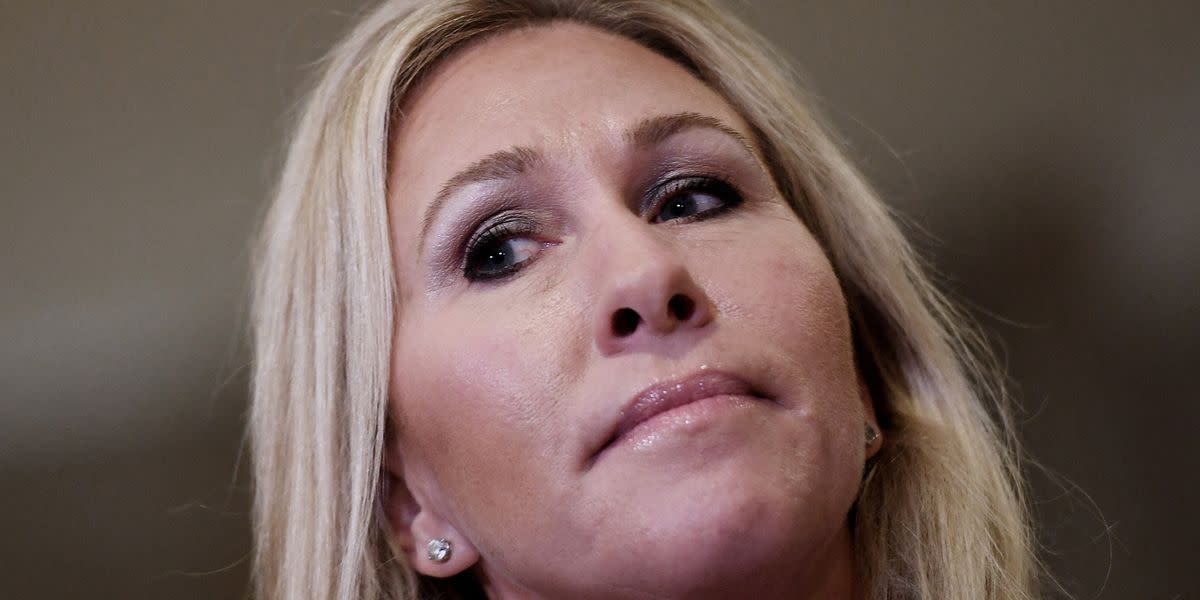 She claimed in a tweet late Friday after the vote that they “handed over their voting cards … to pass Joe Biden’s Communist takeover of America via infrastructure.”

She named all 13 Republicans — with their phone numbers in a separate tweet — in the bipartisan effort. (Some on Twitter said they were grateful for the list so they could call in their thanks.)

A later tweet by Greene characterized the infrastructure package as “socialist,” not communist.

Kinzinger schooled Greene on “communism” and the American government’s role in helping to build a nation.

“Infrastructure=communism is a new one,” Kinzinger mocked. Republican President Dwight D. “Eisenhower’s interstate system should be torn up or else the commies will be able to conveniently drive! Red Dawn in real life,” he quipped.

Infrastructure=communism is a new one. Eisenhower’s interstate system should be torn up or else the commies will be able to conveniently drive! Red Dawn in real life pic.twitter.com/WTPtBYDSHx

He also mocked Greene for putting the word “Republicans” in quotes. Apparently, he noted in a following tweet, only those who believe in “Jewish space lasers” that sparked California wildfires (a pet conspiracy theory of Greene’s) — and roads —can be “real” Republicans.

Also I’m assuming that the “Republicans” being in quotes implies that if you don’t believe in Jewish space lasers, and believe in roads, you aren’t a real Republican

Others jumped in on the slam — and thanked Kinzinger for his vote.

OK, so not a single penny should go to her district.

The good news is that when the new roads are built, the new rail system is in place, and we have good, clean drinking water for everyone, Marjorie doesn’t have to drive on it, ride on it, or drink it.

It was Republican President Dwight David Eisenhower that signed the Interstate Highway act. He had surveyed the state of roads in America in the 1920s. In a way, it is a monument to him. Monuments to US Army generals no longer interest Republicans.

So I wake up to find out that Joe Biden just accomplished in nine months what Donald Trump couldn’t get done in four years: sign into law a bipartisan infrastructure bill.

So far, Democrats have cut child poverty in half, added 5.3 million jobs, managed the most ambitious vaccine rollout in the nation’s history, and passed a $1.2 trillion investment in the water, roads, bridges and broadband.

Trump gave $2 trillion to the rich and tweeted a lot.