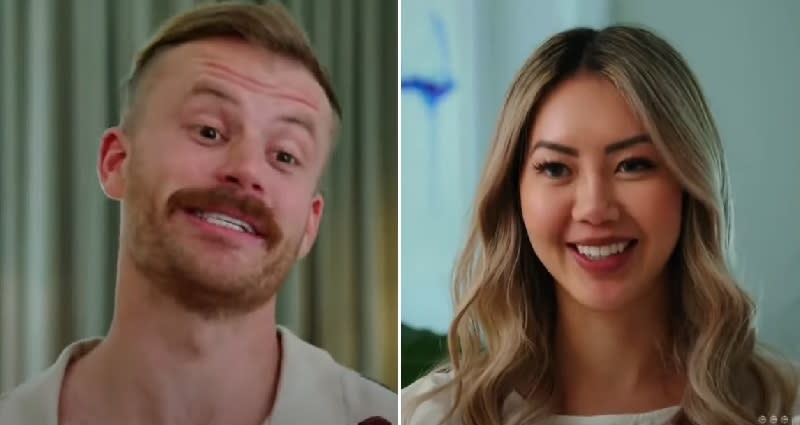 A participant on “Married At First Sight Australia” was left in tears after her new husband matched with her by the reality show revealed that he was not attracted to her because she is Asian.

Selina Chhaur and Cody Bromley, who met and “wed” in the current season’s third episode (aired on Feb. 2) of the popular reality show, had an emotional fallout during the “Confessions Week” special in the eighth episode, which aired on Feb. 9, reported News.com.au.

On the show, contestants blindly couple up and engage in an unofficial commitment ceremony after meeting in person for the first time.

Fresh from a honeymoon during which the pair reportedly struggled to form an intimate connection, Bromley ranked Chhaur second to fellow contestant Samantha Moitzi during an attractiveness-ranking exercise.

Later in the day, the couple participated in a separate activity in which they were tasked by the show’s experts with asking each other “hard questions.”

Before facing Bromley, Chhaur apparently opened up to the show’s producers, saying, “I would like to know if it’s my nationality that turns Cody off, and is it my nationality that he doesn’t find attractive, and therefore has not shown me any affection and is struggling to.”

Chhaur, a 32-year-old hairdresser whose parents are Chinese and Cambodian, went on to ask Bromley, “Is the lack of interest, attraction and affection due to my nationality and look?”

The 30-year-old swim coach responded, “I think it did honestly have something to play on it initially. I’m not racist by any means, but it’s not something I’m familiar with. To be honest… the short answer is it probably did.”

Bromley later continued in an interview: “Selina’s nationality, or ethnicity or however you want to phrase it, is not a big deal. Selina typically isn’t my type, I do usually go for that blonde, surfy look, that’s just what I’m magnetized towards and what I’ve always gone for on the northern beaches.”

While Bromley claimed that he “never looked at Selina differently,” he conceded that he’d “f*cked up” and felt “super remorseful to have made those comments that have come out the wrong way.”

Chhaur, who sobbed after hearing Bromley’s confession, later shared that the revelation had “broken” her.

“He knows I’ve been bullied all my childhood based on that. I can’t change my nationality…. It’s hard, because I really like him, and I’m trying really hard… I can’t change that I’m Asian,” she said.

In an interview with WHO, Chhaur later said she felt “pride” after opening up the “conversation on race.”

“I’m a proud ethnic woman,’’ she was quoted as saying. “I almost felt like I needed to get my flags out and wave them around with pride. I hope people can see how hard it was for me to ask that question. It did take a lot, so I’m very proud of myself.

“People of all ethnicities, we do have things that are said to us and we do brush it to one side. At least now it will build awareness for people to be a bit more consciously aware of how they say things. At the end of the day [it was said] at the very early stages [of the relationship]. I had to take his word for it when he said he didn’t mean it that way.’’