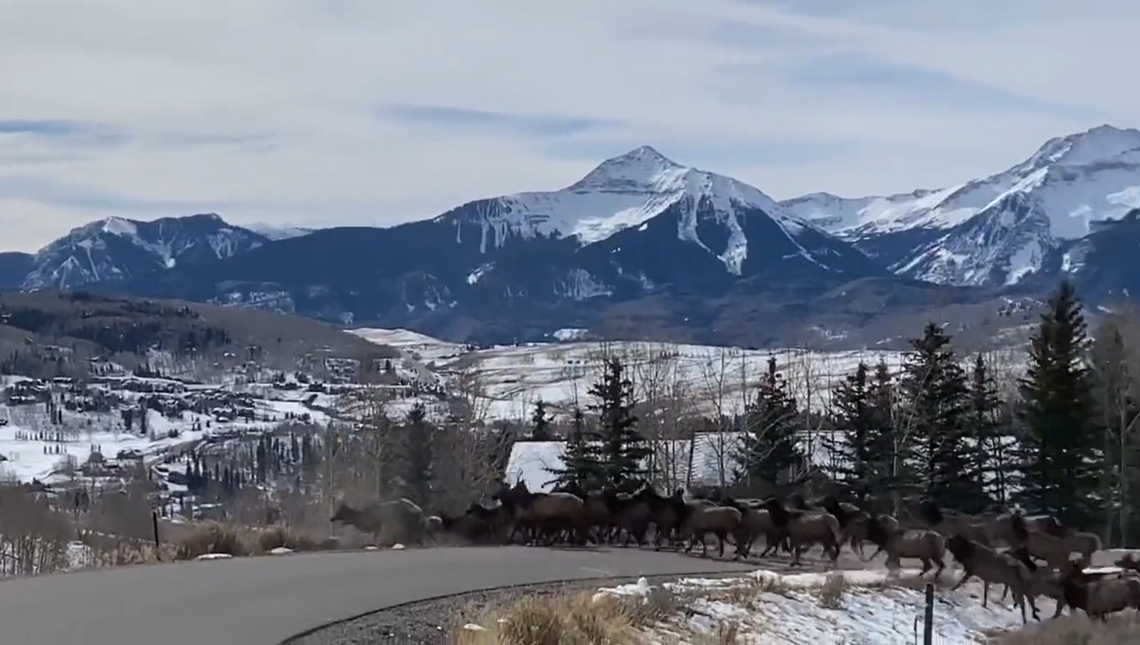 A massive herd of elk trampled across a Colorado highway in a captivating display of how active the species is during mating season.

The state is home to the largest elk population in the world, Colorado Parks and Wildlife officials said in the video caption on Twitter.

The video shows what must be hundreds of the elk stationed on the side of a mountain as they wait their turn to cross over the highway with their herd mates. As they run down the slope, snow-capped mountain peaks come into view in the distance.

Elk herd on the move – we’re the proud home of the largest elk population in the world.

The elk are most active this time of year during mating season from mid-September through mid-October, and sometimes even into November.

Twitter users shared their thoughts in the comments, with many urging wildlife officials to “bring the wolves” or bring in more natural predators to cull the herds.

In fact, herds are so massive that the state wildlife agency is asking sharpshooting volunteers to help manage herds in certain parks.

It will be the second year the agency runs an elk dispersal project in Great Sand Dunes National Park and National Wildlife Refuges in the San Luis Valley.

The program runs through February 2023.

“This project uses volunteers and CPW staff to effect elk management,” the agency said in a news release. “This is not a hunting or recreational opportunity — it is an intensive elk management effort.”

Your chances of hitting a deer while driving go up next week, officials say. Here’s why