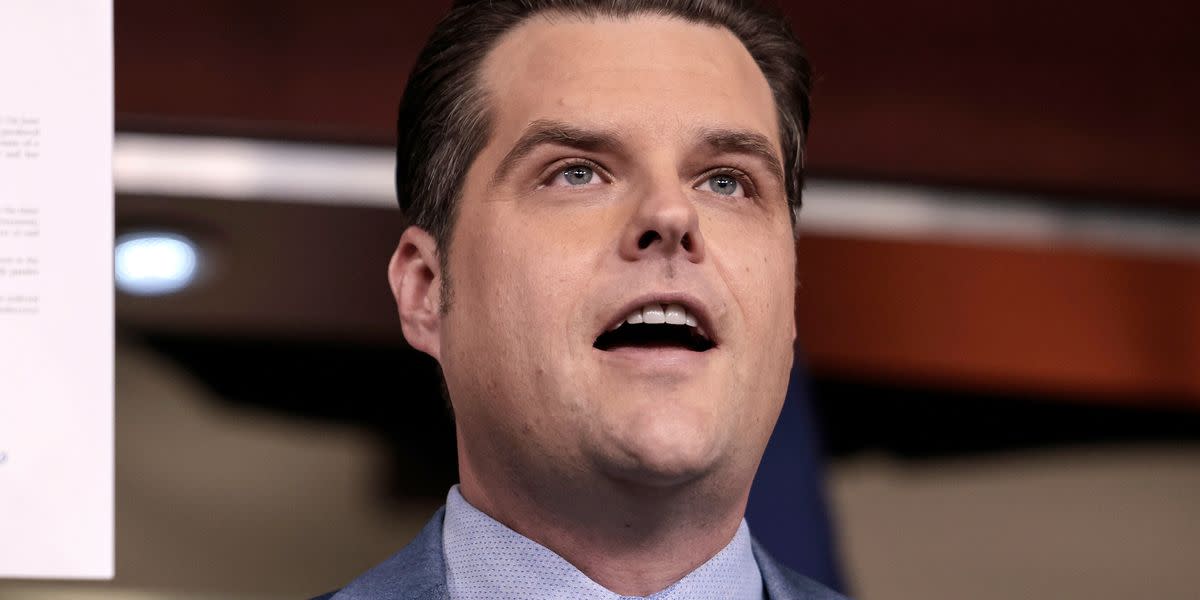 Rep. Matt Gaetz (R-Fla.) on Tuesday envisioned an extremist Republican takeover of House oversight in a speech that critics slammed as “terrifying.”

“We are going to take power after this next election and when we do, it’s not going to be the days of Paul Ryan and Trey Gowdy and no real oversight and no real subpoenas,” Gaetz told a press conference highlighting conditions that alleged U.S. Capitol rioters are enduring at the District of Columbia jail.

“It’s going to be the days of Jim Jordan and Marjorie Taylor Greene and Dr. Gosar and myself doing everything” to get answers to (debunked) claims about FBI involvement in the deadly violence on Jan. 6, he added.

Gaetz is reportedly under investigation in a federal sex trafficking probe.

That Gaetz suggested House oversight would fall under their control was cause for much concern on social media.

Rep. Matt Gaetz (R-FL) — still under investigation for federal sex crimes — lays out what House Oversight might look like under a Republican majority.

This is the funniest SNL skit I’ve seen today!

A nightmare scenario that should send us all screaming to the polls.