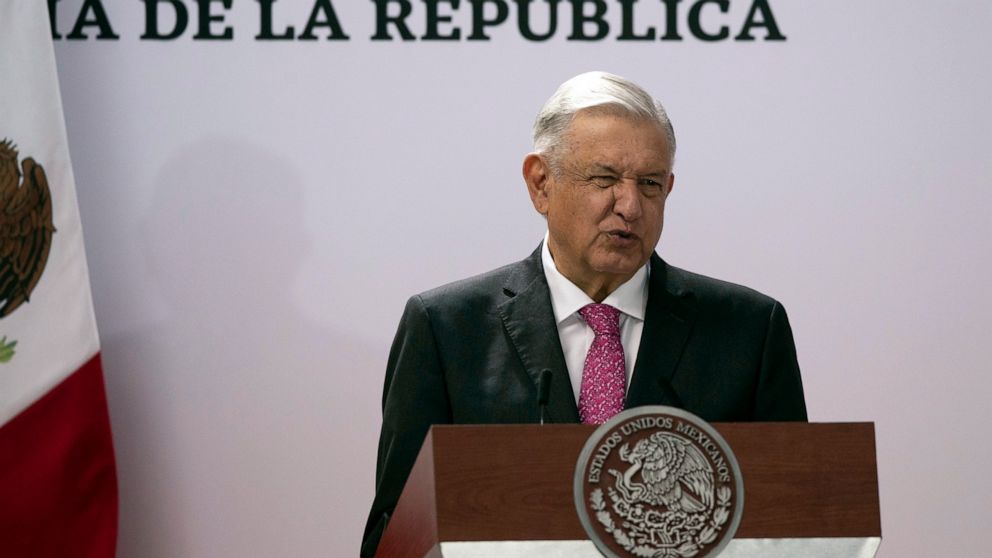 President Andrés Manuel López Obrador says Cuba is an “example of resistance,” and proposed the entire country should be declared a World Heritage site

MEXICO CITY — President Andrés Manuel López Obrador said Saturday that Cuba is an “example of resistance,” and proposed the entire country should be declared a World Heritage site.

While much of Cuba seems stuck technologically in the middle of the last century, López Obrador did not appear to be speaking ironically when he proposed the world heritage designation, which is usually used by the United Nations to honor historical sites.

The Mexican leader praised Cuba’s ability to stand up to U.S. hostility since 1959. López Obrador did not mention recent street protests that were violently repressed by the Cuban government.

López Obrador has in the past stated his opposition to U.S. sanctions that limit commerce with the island, and said they should be ended.

López Obrador also said the Organization of American States should be replaced “by a body that is truly autonomous, not anybody’s lackey.”

Mexico has publicly disagreed with the OAS leadership over its role in the political situation in countries like Bolivia.

López Obrador spoke Saturday at a ceremony attended by Cuba’s foreign minister to mark the 238th birthday of Simón Bolívar, who led the fight to liberate several South American countries from Spanish rule in the early 1800s.

The Mexican government has said it is sending two navy ships to Cuba with food and medical aid on Sunday.

The Foreign Relations Department said the ships will will carry oxygen tanks, needles and syringes, and basic food items like rice and beans.

The announcement came on Thursday, the same day that the U.S. government tightened the sanctions on some Cuban officials after they violently put down rare street protests earlier this month. The new sanctions target a Cuban official and a government special brigade the United States says was involved in human rights abuses during the government crackdown.