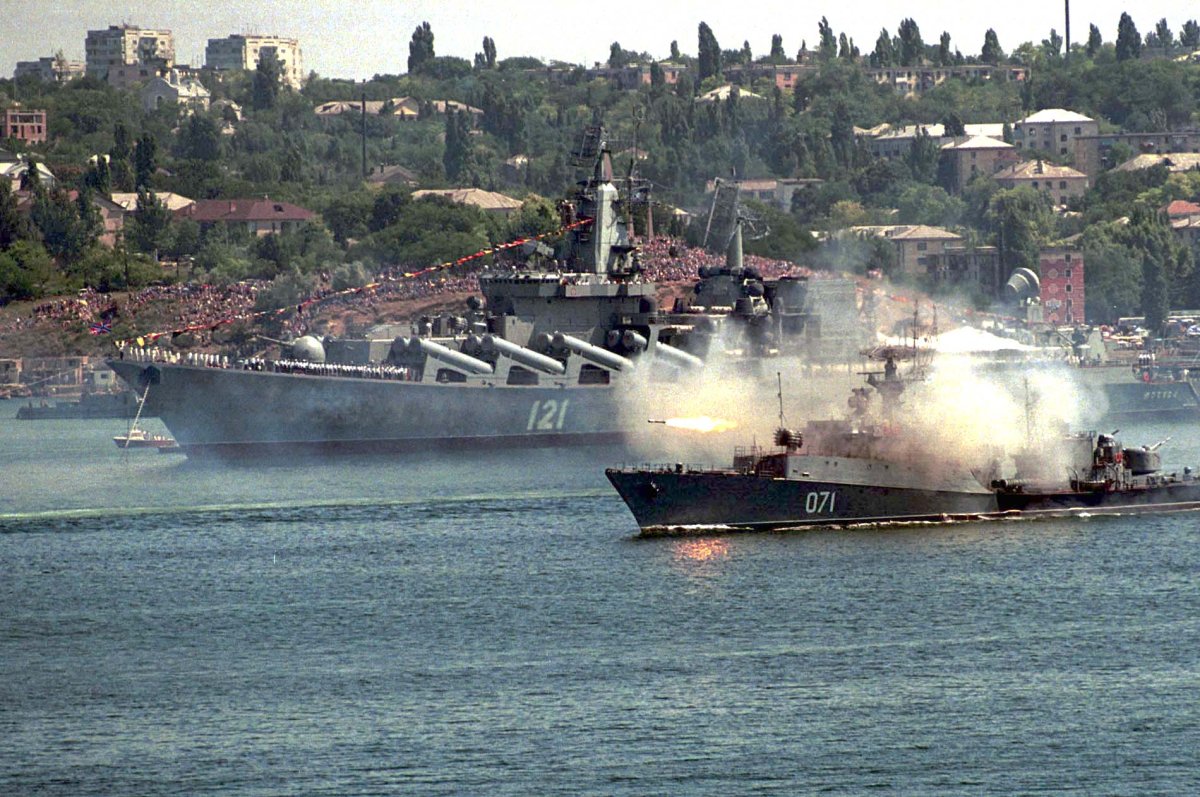 July 31 (UPI) — The southern Ukrainian city of Mykolaiv was hit by intense shelling Sunday as Russia claimed Ukraine conducted a drone strike on the Crimea base of its Black Sea Fleet.

Mikhail Razvozhaev, the governor of Sevastopol in Crimea, said in a statement that the unidentified object believed to be a drone flew into the courtyard of the fleet headquarters and wounded five members of the fleet, though no deaths were reported.

Razvozhaev has served in the governor role, created after Russia annexed the Ukrainian region of Crimea in 2014, since 2020 when he was appointed to the role by Russian President Vladimir Putin.

“Early this morning, the Ukronazis decided to ruin Navy Day for us,” Razvozhaev said, falsely claiming that Ukrainians are Nazis.

Razvozhaev said that Russia’s Federal Security Service, the primary successor agency of the Soviet Union’s KGB, is investigating the alleged drone attack and that all Navy Day events have been canceled.

The Ukrainian Air Force and Navy, in a joint statement obtained by The New York Times, denied it was behind the drone strike but said Russian military facilities inside Crimea are legitimate targets.

“We do not launch strikes on the territory of the Russian Federation,” Ukrainian officials said. “Crimea is Ukraine.”

Russian military bloggers including Boris Rozhin have expressed doubt that the drone strike was conducted from Ukraine.

“The fact that it was a quadrocopter with explosives suggests that this was not an attack from the territory of Ukraine, but a banal terrorist attack. A quadcopter from Ukraine will not reach the building of the fleet headquarters,” Rozhin wrote on Telegram.

The news came as Vitalii Kim, head of the Mykolaiv regional military administration, said in a statement to Telegram that the city “came under massive shelling” in the early hours of Sunday morning and that at least one person had died.

“As a result of shelling, a number of infrastructure facilities were damaged. In particular, a hotel, a sports complex, two educational institutions and a service station. Residential buildings were also damaged,” Kim said.

The Ukrainian Defense Ministry said in a statement that Russian forces also fired artillery, rocket artillery and tanks in the areas of Kharkiv and nearby towns as well as the city of Slovyansk.

The British Defense Ministry, which has provided daily intelligence updates throughout the war, said Sunday that Russia fired at least 20 missiles into northern Ukraine from Belarusian territory on Thursday.

“This follows Russia’s use of Belarusian territory to launch the main thrusts of its failed attempt to take Kyiv in February,” the British Defense Ministry said.

“Belarusian President Aleksandr Lukashenko continues to follow Moscow’s line on the Ukraine conflict, stating on July 21 that Ukraine must accept Russia’s demands for the war to stop.”

The British Defense Ministry said that Lukashenko’s regime “has become ever more authoritarian” with the expansion of the death penalty for “preparing terrorist acts.”

“His increasing and baseless accusations of Western designs on Belarus and Ukraine likely indicate that he has become almost wholly dependent on Russia,” the British Defense Ministry said.

Meanwhile, the Institute for the Study of War — a think tank based in Washington, D.C. — said in an analysis Saturday that “neither Russia nor Ukraine produced new evidence regarding the cause or responsibility for the deaths of Ukrainian prisoners of war at the Olenivka prison in occupied Donetsk.”

Ukrainian President Volodymyr Zelensky condemned the killing of the POWs in his nightly address Saturday, calling on the U.S. State Department to declare Russia a state sponsor of terrorism.

“Everyone is guilty — who approved, who organized, who blasted these people, who knew about it — they all will be found,” Zelensky said.

Russia has claimed that Ukraine killed its own soldiers held in the prison camp with American-made precision missiles, though Ukrainian officials told The New York Times that satellite images of the site released by Maxar Technologies inconsistent with a missile strike.

The Russian Defense Ministry said Saturday it invited the International Committee for the Red Cross to visit the prison camp but the organization said its request to access the penal facility “has not been granted” which is an obligation under the Geneva Conventions.