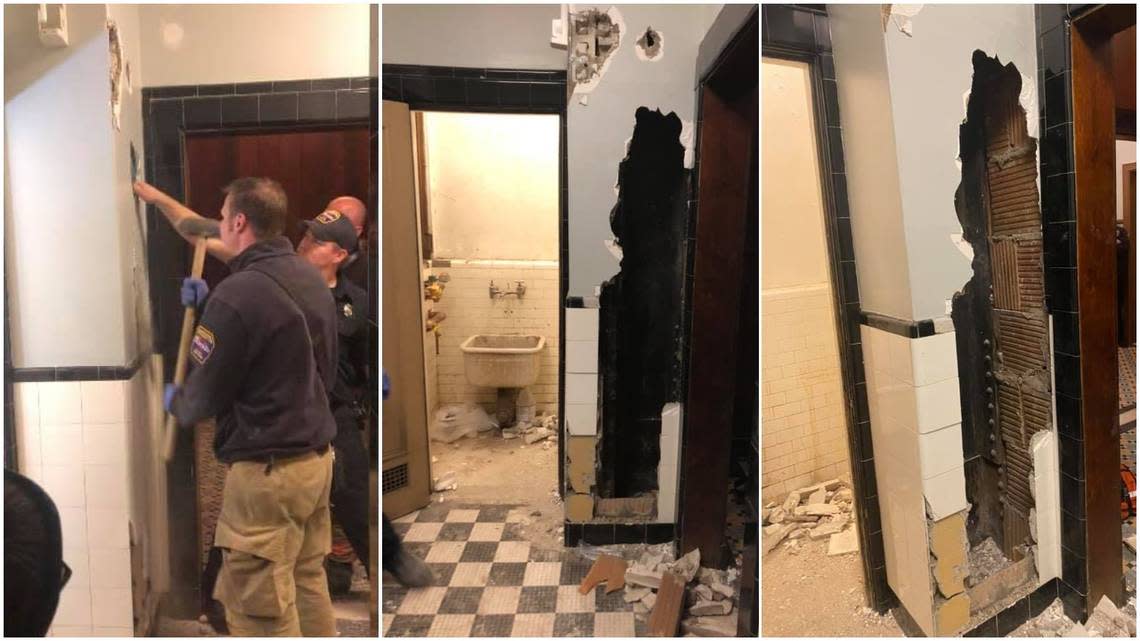 Firefighters rescued a naked man after he was trapped inside the walls of a New York theater for multiple days, officials say.

The Syracuse Fire Department was sent to the Landmark Theatre early on Nov. 5 after workers said they “heard someone banging on the wall and yelling for help,” the department said in a Facebook post.

In order to determine the exact location of the trapped person, firefighters “drilled a hole in the wall and utilized a fiber-optic camera,” the fire department said. They then cut through drywall and tile to free the man, who was believed to have entered the theater two or three days prior, officials said.

When rescuers got to the man, they found he was naked, officials said. He was taken to a local hospital and his current condition is unknown, according to the fire department.

Mike Intaglietta, executive director of the theater, saw the man wandering the building earlier in the week, according to Syracuse.com. Employees lost track of him, so Intaglietta assumed he had left the premises.

But fire officials said the 39-year-old man hid in a crawl space of the building before eventually falling through into the bathroom wall, Syracuse.com reported.

No charges have been filed against the man as of Friday afternoon.

Landmark Theatre, which is on the National Register of Historical Places, opened in 1928.