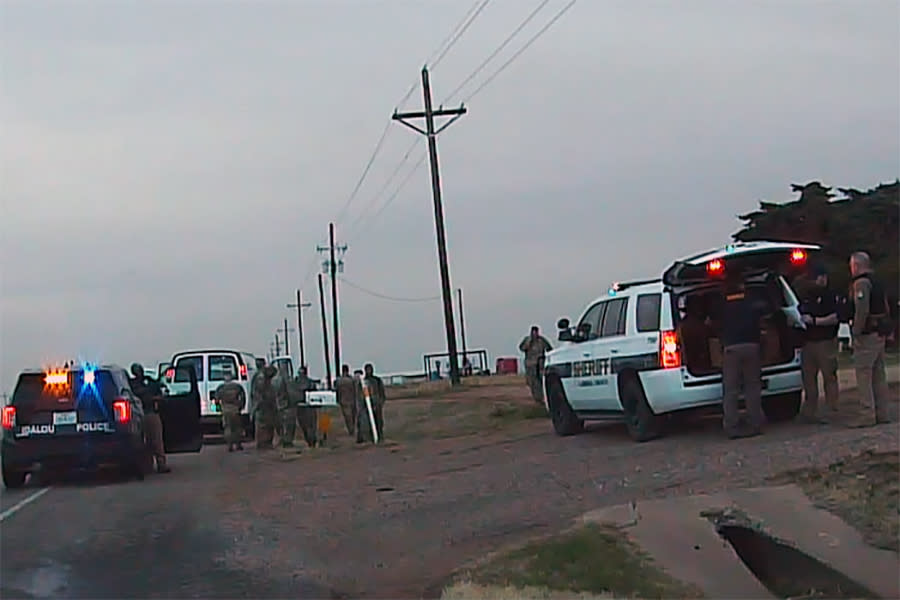 Larry Harris is accused of following a convoy of National Guard soldiers before attempting to run them off the highway with his truck several times in Lubbock County, according to Idalou police Chief Eric C. Williams.

Harris, 66, of Willcox, Arizona, eventually turned his truck into oncoming traffic, stopping three National Guard vans near Idalou, Williams said. He then pointed a gun at a soldier, identified himself as a detective, ordered the guardsmen out of their vehicles and demanded to search their vans, according to police.

The guardsmen were uniformed and transporting vaccines to Matador, Texas.

Related: What made the coronavirus an uneven pandemic

Idalou police responded and were able to arrest Harris without incident, Williams said. He had a loaded .45-caliber Colt 1911 pistol, an additional loaded magazine on his person and another loaded magazine in his truck.

None of the guardsmen were injured, and the vaccines eventually made it to Matador.

It does not appear the vaccines were what Harris was after, officials said. He told police that he thought people in the vans had kidnapped a woman and child, Williams said.

“Mr. Harris appeared to be mentally disturbed,” he said. “This was a very dangerous situation since the suspect was standing in the midst of the unarmed Guardsman with a loaded weapon, then the Idalou Officers arrived on scene. We are grateful that the officers were able to take him into custody without any of the Guardsmen, the officers or the suspect getting hurt.”

He is being held at the Lubbock County Detention Center. An attorney was not listed for Harris in jail records.

The Department of Homeland Security is involved in the investigation, and additional federal charges against Harris are expected, Williams said.