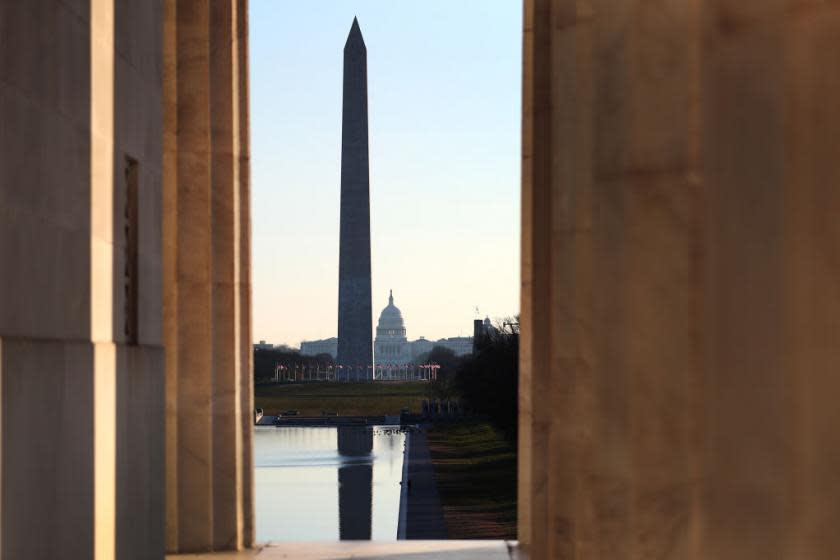 Arnold Schwarzenegger has a pointed, personal warning about the ‘broken men’ who believed Nazi lies

Actor and former California Gov. Arnold Schwarzenegger (R) posted a video Sunday about Wednesday’s assault on the U.S. Capitol, and he made some not-so-subtle comparisons to the Nazis. He said the “Nazi equivalent of the Proud Boys” had terrorized and rampaged against the Jews in the 1938 “Night of the Broken Glass,” or Kristallnacht, and “Wednesday was the Day of Broken Glass right here in the United States. The broken glass was in the windows of the United States Capitol. But the mob did not just shatter the windows of the Capitol, they shattered the ideas we took for granted.”Then Schwarzenegger got personal, noting that he was born in 1947 Austria, “in the ruins of a country that suffered the loss of its democracy.” He shared a “painful story” about his father — and the other war-torn fathers who lived next door — getting drunk and beating their families.”Growing up, I was surrounded by broken men drinking away their guilt over their participation in the most evil regime in history,” Schwarzenegger said. “Not all of them were rabid anti-Semites or Nazis. Many just went along, step by step, down the road. They were the people next door,” and they got violently drunk because “they were in physical pain because of the shrapnel in their bodies and in emotional pain from what they saw or did. It all started with lies, and lies, and lies, and intolerance.””President Trump sought to overturn the results of an election, and of a fair election!” Schwarzenegger said. “He sought a coup by misleading people with lies. My father and our neighbors were misled also with lies, and I know where such lies lead.” He called “a number of members of my own party” spineless cowards and said while Trump is “a failed leader” who “will go down in history as the worst president ever,” the elected leaders who “enabled his lies and his treachery” should remember that patriotism means to stand by the country, not the president.The video could have gone off the rails when Schwarzenegger pulled out out his sword from Conan the Barbarian, but he used it to illustrate a hopeful message about the strength and resilience of American democracy.More stories from theweek.com What Mike Pence should learn from Judas 7 scathing cartoons about Trump’s Capitol riot Biden reportedly ‘frustrated’ with his coronavirus team as advisers worry 100 million vaccinations goal won’t be met

Biden walking a high wire with Russia ahead of Putin call