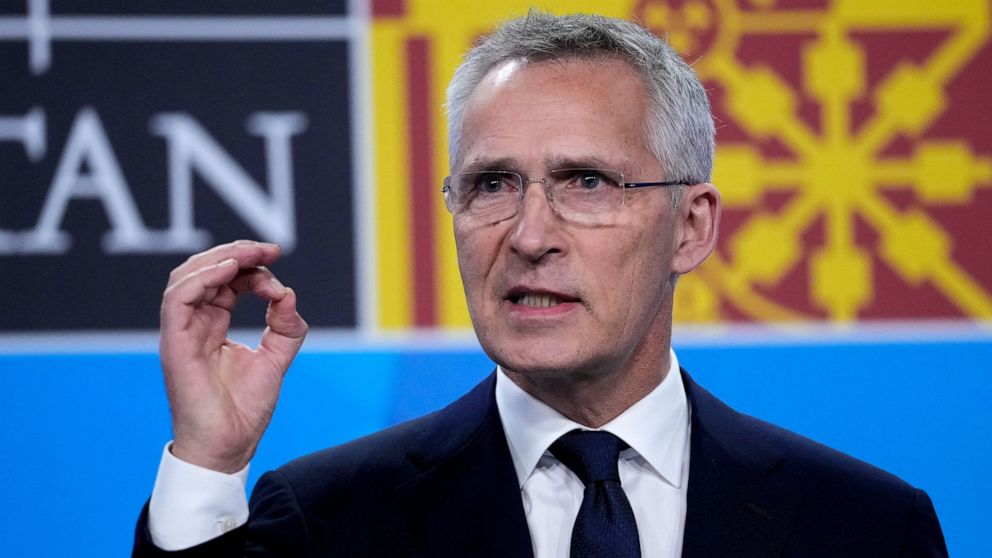 BRUSSELS — The 30 NATO allies signed off on the accession protocols for Sweden and Finland on Tuesday, sending the membership bids of the two nations to the alliance capitals for legislative approvals — and possible political trouble in Turkey.

The move further increases Russia’s strategic isolation in the wake of its invasion of neighboring Ukraine in February and military struggles there since.

“This is truly a historic moment for Finland, for Sweden and for NATO,” the head of the alliance, Secretary-General Jens Stoltenberg, said.

The 30 ambassadors and permanent representatives formally approved decisions made at a NATO summit in Madrid last week, when the leaders of member nations invited Russia’s neighbor Finland and Scandinavian partner Sweden to join the military club.

Securing parliamentary approval for the new members in Turkey, however, could still pose a problem even though Sweden, Finland and Turkey reached a memorandum of understanding at the Madrid summit.

Turkish President Recep Tayyip Erdogan warned that Ankara could block the process if the two countries failed to grant Turkey’s demands for the extradition of people it views as terror suspects. The people wanted in Turkey have links to outlawed Kurdish groups or the network of an exiled cleric accused of a failed 2016 coup in Turkey.

He said Turkey’s Parliament could refuse to ratify the deal. It is a potent threat since NATO accession must be formally approved by all 30 member states, which gives each a blocking right.

Stoltenberg said he expected no change of heart. “There were security concerns that needed to be addressed. And we did what we always do at NATO. We found common ground,” he said.

The Russian invasion of Ukraine has given the process added urgency. It will ensconce the two nations in the Western military alliance and give NATO more clout, especially in the face of Moscow’s military threat.

At a news conference, the foreign ministers of Sweden and Finland were asked whether the memorandum specified people who would have to be extradited to Turkey. Both ministers said no such list was part of the agreement.

“We will honor the memorandum fully. There is, of course, no lists or anything like that in the memorandum, but what we will do is to have better cooperation when it comes to terrorists,” Swedish Foreign Minister Ann Linde said.

Every alliance nation has different legislative challenges and procedures to deal with, and it could take several more months for the two Nordic nations to take their place as official NATO members.

Germany’s parliament is set to ratify the membership bids Friday, according to the Free Democrats, a partner party in the country’s coalition government. Other parliaments might only get to the approval process after long summer breaks.

“I look forward to a swift ratification process,” Haavisto said.

In the meantime, the protocols approved Tuesday bring both nations deeper into NATO’s fold already. As close partners, they already attended some meetings that involved issues that immediately affected them. As official invitees, they can attend all meetings of the ambassadors even if they do not yet have any voting rights.

Global stocks lower after Fed says US inflation too high